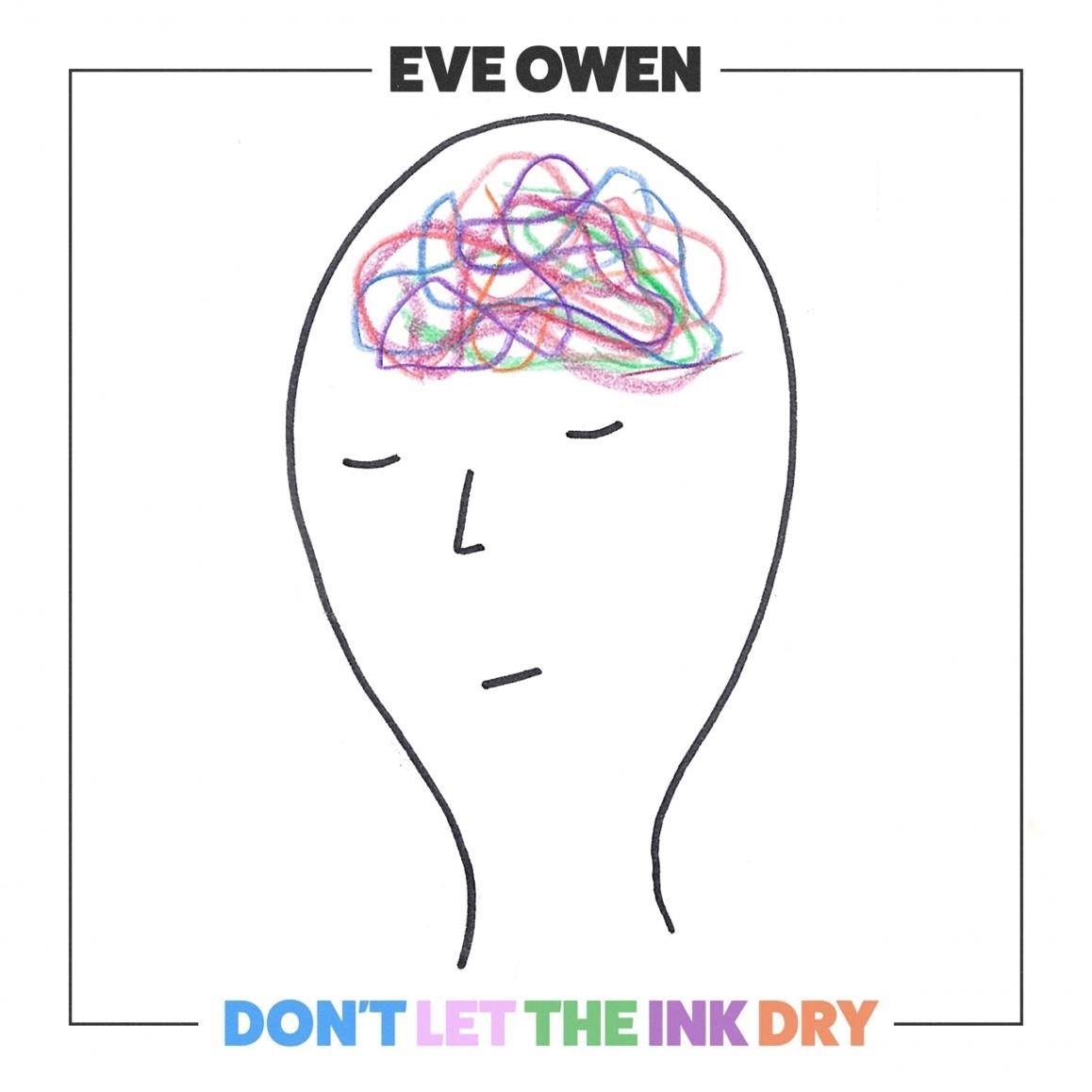 Eve Owen sets out to provide her own commentary on themes of unrequited love and isolation in the face of aging, and succeeds in creating a beautifully arranged collection of songs highlighting her rising star.  Don’t Let The Ink Dry promises to raise the bar for Owen’s future prospects; from the pounding percussion on “Tudor” to the soft fading acoustic outro on “A Lone Swan”, coming of age stories are rarely so haunting and emotive.

For her short time in the industry, Owen’s name may be a familiar one to fans of The National, as she provided vocals on “Where Is Her Head.” The track from the band’s 2019 I Am Easy to Find is frantic with percussion and the group’s stylings, yet Owen’s alto outshines each.  The Londoner’s debut album was produced by Aaron Dressner [of The National] and his influence can be heard throughout, especially at the album’s onset on tracks like “Lover Not Today” and “Mother.”  Despite the guidance of Dressner’s experience, Owen ensures the record is uniquely her own by trusting her intuition to navigate each song’s message and delivery, “falling in love with life again” through an earnest approach to songwriting.  Unafraid to wear her influences on her sleeve, Owen has pointed to discovering Baez and Dylan as key moments in her musical journey.  She writes honestly, allowing her stream of consciousness to create relevant characters and relationships.   Fans of Anna Burch, Weyes Blood, and Mazzy Star will find moments of sonic kinship in the range and cinematic landscapes Owen and Dressner create.

Intuition and prospering without fear of failing set Owen’s vocals apart after swirling guitars precede the chorus on “Mother,” a song assuring herself of a kind and worthy support system should she fall.  The song is high-energy and secure in itself, despite its delicate lyrics: “I’m lying here over insanity / Will you come hold me in the morning”.  The compassion of her mother allows Owen to always trust her gut, and it continues to pay dividends evidenced in her songs.

On “So Still For You”, Owen expresses her heart as a “rambler” but comments on the ability of music and words to last beyond the days of a relationship in an eternal connection.  Similarly, “Blue Moon” doesn’t hold a grudge for unrequited love, instead embracing the opportunity and value of friendship in a time marked by isolation.  It’s a different kind of love, but one worth savoring for Owen.  “Blue Moon” also provides variation from the folk and piano balladry at the core of most songs; an unrefined electric guitar hums as she sings, “I'll save you from harm / I'll hold you in my arms / Blue moon”.

A far cry from appreciating past loves, album closer “Lone Swan” finds Owen vulnerable and questioning love received, revisiting hard times and the worst moments of the relationship.  Stripped back to a plucked acoustic guitar and sparse piano, the song shows that the modern youth coming-of-age experience is incomplete without alienation and excessive overthinking.

“29 Daisy Sweetheart”, the penultimate track, aims to create the same atmosphere as the song it precedes, but fails to reach the same emotional highs with a conventional piano structure and less by way of progression.  Owen sings of another complicated relationship and attempts to move on in the aftermath, but the track fails to stand out squeezed between two similar vocal appearances doing balladry better.

If there’s a fault to the record, it’s the high standard Owen sets for herself and her peers.  The record raises expectations, while still leaving room to grow in creating a tighter tracklist and shedding redundancies.  The greatest fear for an introduction so strong is in having little more to say past it. Owen has displayed a voice of her own, and a talkative one at that.    Growing pains of youth contribute to the success of Owen’s entrance onto the scene, signaling bright days ahead while the ink dries on this gripping debut.