Bombay Bicycle Club - Everything Else Has Gone Wrong 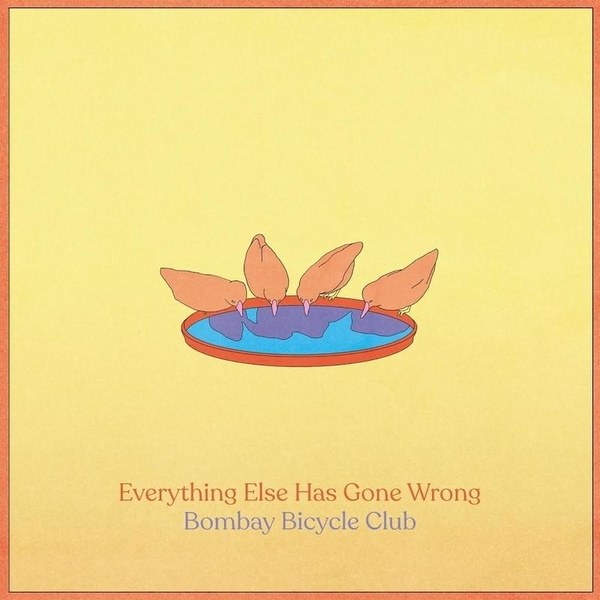 It was 2016, not too long ago: "after ten years together we want to try to do something different ", said the post of the four London boys. Bombay Bicycle Club, after the announcement of a separation that had all the air of being definitive, all members separeted and started to work on their own. Jack Steadman (voice, guitar) and Ed Nash (bass) had explicit solo works, respectively with the pseudonyms Mr. Jukes and Toothless.

After all, 'So Long, See You Tomorrow', their latest album released in 2014, had been the most commercially successful, and artistic with a nomination for the prestigious Mercury Prize. There was, therefore, no need for revolutions: in 'Everything Else Has Gone Wrong', we find the Bombay Bicycle Club that we knew, with their pleasant indie-pop/rock and never over the top, featuring tantalizing jangle guitars and a splash of psychedelia. The trip to Los Angeles to record with John Congleton did not bring to the sound of the band the typical virtuosity of his other singers/bands such as St. Vincent, Sharon Van Etten or War On Drugs. Far from it, the fifth record of Bombay Bicycle Club flows reassuringly and, to be honest, rather monotonous.

If in fact the ability of this band to create that handful of captivating singles remains intact, in this case 'Is It Real', 'Everything Else Is Gone Wrong' and above all 'Eat, Sleep, Wake (Nothing But You)', it is at the distance that this record shows connection with previous works a bit. Too many songs are already redundant in themselves: 'I Can Hardly Speak', 'I Worry Bout You' and 'Do You Feel Loved?', they could easily have been lasted a minute less. More generally many pieces lack of climax, getting lost in their twirls without ever going up in tone and intensity. 'Everything Else Has Gone Wrong', therefore, seems to be the work of a band reconstituted more for lack of alternatives than for creative urgency, and now far, not only temporally, from its moments of greatest inspiration.5.5/10