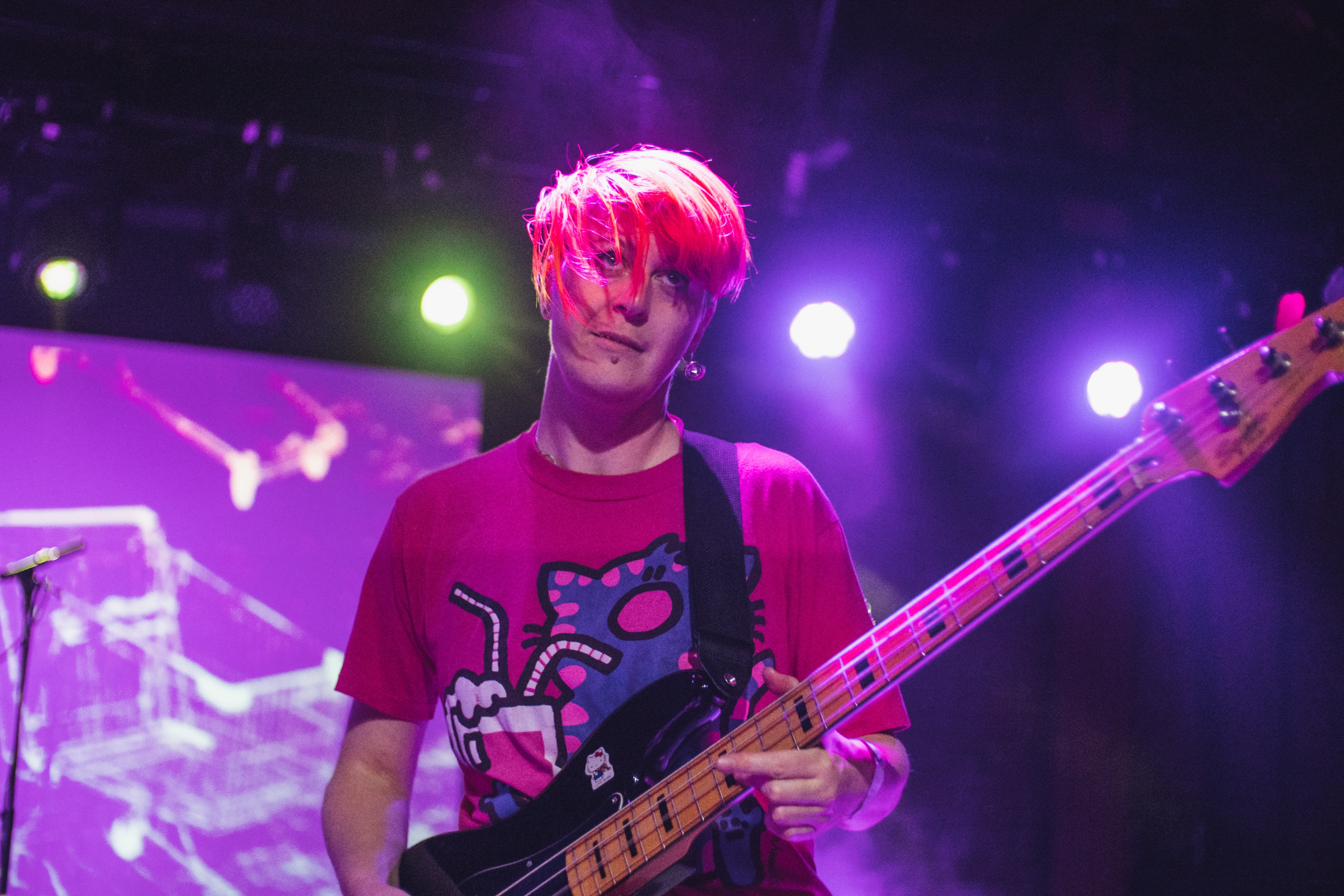 If there’s anything we’ve been taught by the past few weeks it’s the value of escapism. Being a music reviewer it’s easy to get caught up in the bullshit of going to a concert. Waiting for the openers to be done, getting pissed at how long it takes for bands to set up, paying for parking and then having to stand for hours can start to feel like a chore when it actually becomes a job. It can progress to the point that even a great concert can start to feel like a momentous task to be completed. But as we’ve all found out, hopefully long before the current crisis, you don’t appreciate something until you don’t have it anymore. Well, now there is no escape, concerts are over, sports are over, all we have are ourselves and whatever the streaming platforms throw at us. But for one night on the day before every concert in LA was shut down until further notice, a few people found an escape in a warehouse in Downtown LA. I think those who were there are only now processing how special of a night it was.

At first nothing about this night seemed too different from every other concert night. Sure the NBA was postponed, but that wasn’t really going to have too much effect on this evening, everyone was just there to have a decent time. We actually arrived in time for the opener, a raucous local band by the name of Kevin, who per their own bandcamp page “lies somewhere between The Screamers and La Bouche.” The description is fairly apt, and though they were opening for Shopping, a band that has more in common with Devo than The Screamers, they managed to engage and excite the slowly growing crowd with surprising efficiency. Both the lead singer/guitarist (Quincy Larsen) and the bassist/backup vocalist (Kimi Recor) captivated the audience with bombastic performances. As the set ended and the crowd continued to grow, the night suddenly began to shift from a chore into a delight. The feeling was unfamiliar, but welcome.

If anyone was concerned that both openers would be vastly different from Shopping’s sound, Automatic was primed to assuage those fears. Blasting into the warehouse with driving drums, fun, forceful vocals and a noodly surf rock guitar; Automatic quickly turned the room to a dance party. Each instrument was fantastic, but the real standout of the band was the excellent bass grooves which kept the audience moving even during the slower tracks. Their particular brand of post-punk was a bit more subdued than that of Shopping, but you’d hardly know it from the crowd, who danced with a wild abandon typically reserved for clubs after last call. In between sets they would launch into miniature diatribes, but mostly kept it focused on the music, which, judging by the merchandise table after the set, won them more than a few new fans. It was clear that Automatic had thrown down a gauntlet towards Shopping, who would have their work more than cut out for them if they hoped to remain the highlight of their own tour.

After the crowd stepped away from the merch tables and the numerous bars dotting the venue, our magical evening finally reached its zenith. It’s not uncommon to find a band that is better live than they are on album. It’s not even hard to find a band that’s pretty damn good in both settings. Trust me when I say that Shopping is on a whole other level from most bands. If concerts are about escaping the mundanity of the world, then going to a Shopping is like pulling the ejector seat in a spacebound rocketship. Their slick, razor sharp guitar licks, bouncy bass grooves and propulsive drums forced even the most dance averse members of the crowd (and given the general audience hue, there were more than a few of these) onto their feet and into the middle of the dance floor. Each member of the band was so absurdly tight that we couldn’t even pick out a band leader. Sure it would be easy to call Rachel Aggs, the wild haired guitarist and lead singer, the front woman, but that would ignore the equally important contributions of the other two band members. Bill Easter, the bright red-haired, almost comically British bass player was viciously funny in addition to being an excellent bassist. “Don’t mention the plague!” she hollered out to the crowd at one point, a joke that would become unfortunately poignant in the coming days, and during a brief technical issue she mimed sex with the drum kit, calling herself a “sex cymbal” which earned a few guffaws from the crowd. And of course we can’t leave out Andrew Milk, whose drumming and impressive comedic timing kept the audience moving and laughing in equal measure.

With this wickedly skilled combination of musicians, it wasn’t difficult for Shopping to become the highlight of everyone’s evening, if not their year. They effortlessly bounced through “Initiative” and “Follow Me” from their latest record All or Nothing performing a slightly more energetic version than was on the album, though it may have just been the infectious vibes from the crowd. Whatever it was, I can confidently say that Shopping puts on one of the most entertaining, thrilling and joyous live shows of any band I’ve ever seen. If only we could have known that this would be the live show send off for the United States until further notice, we might have drank it in even a little more deeply.

While none of us could have predicted the way the future would unfold after this show, it left us with a renewed appreciation for music in a live setting. This could have been a night like any other, it could have been just another lackluster concert where we leave with tired feet and a sore back. This evening was so much more. Kevin, Automatic and Shopping all poured their souls into their performance and the audience gave their own right back. If there were any seams to any of these performances, I certainly couldn’t find them. Even the minor technical difficulties were turned into fun and riveting asides. Shopping may have just been doing their job and putting on a show, but looking back from our current predicament it feels like they were doing something more. I left that show with a renewed love of concerts, something that, for me at least, had begun to dry up over the past few years. When live shows do finally make their return to Los Angeles and the rest of the United States, I hope that the time away lets us all appreciate them just a little bit more. In the meantime, at least we got to leave on a high note. 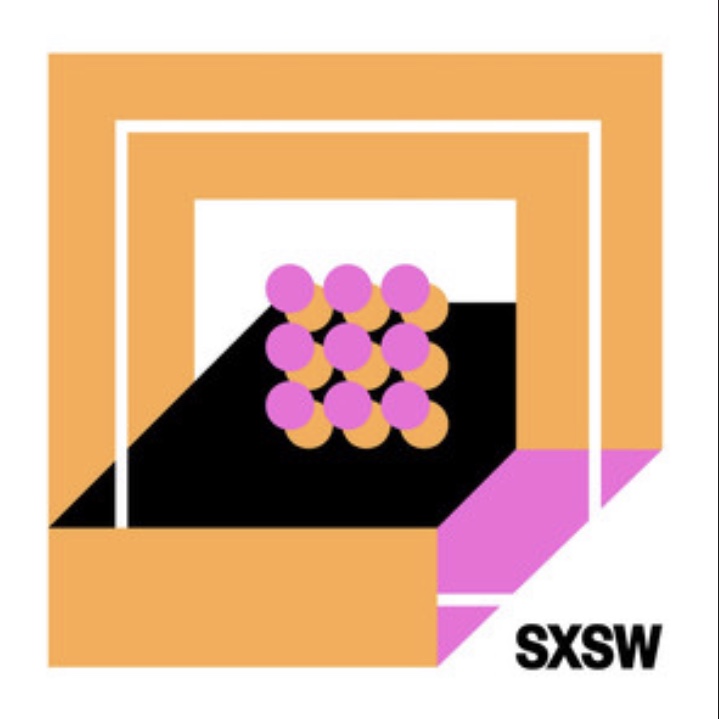 SXSW in Review
Back to Top