On "Blonde" and Individualization 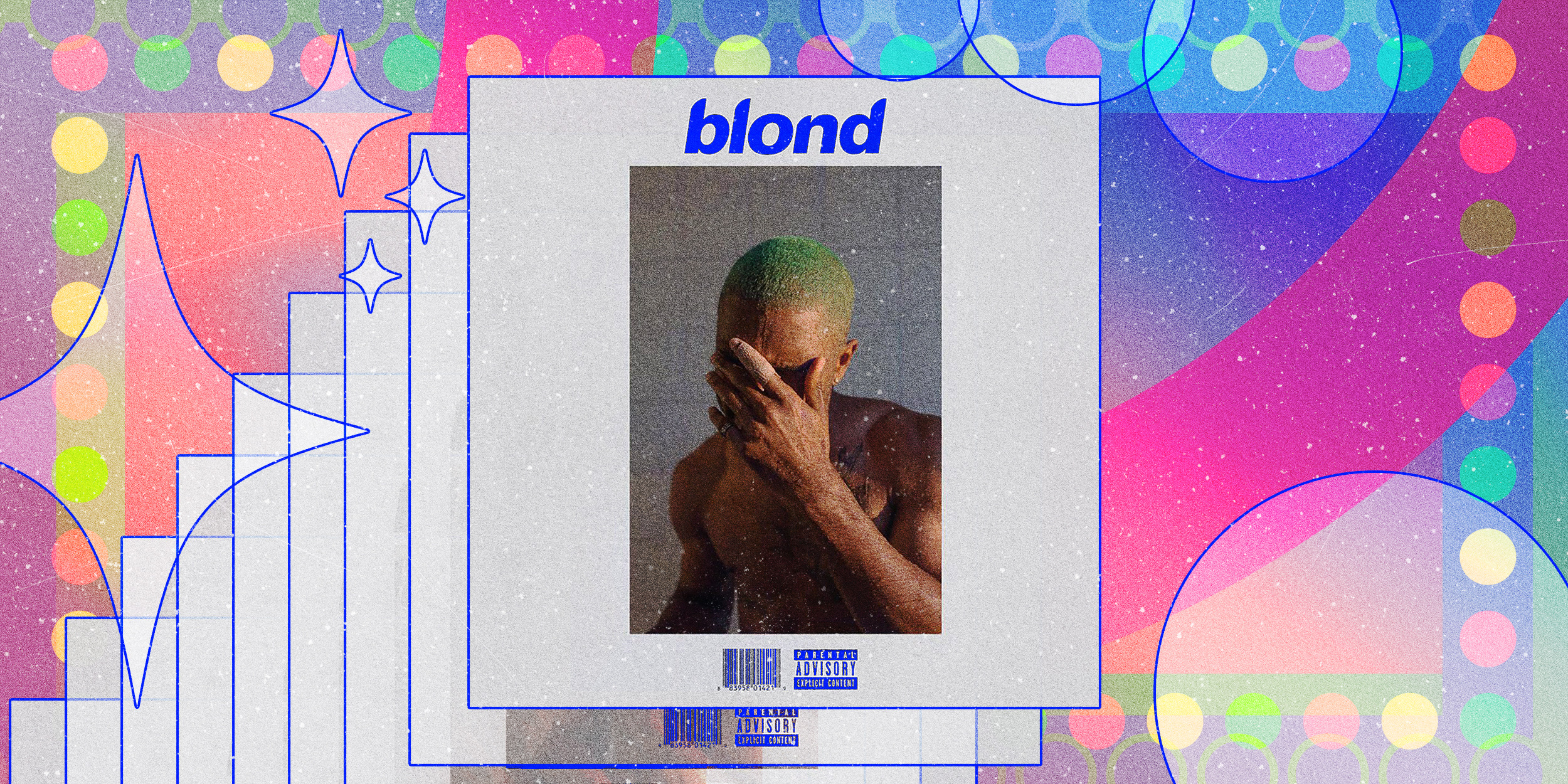 Frank Ocean has cost me more nights of solid sleep than most men I’ve been involved with. All the way back on August 1st, 2016 a mysterious livestream popped up on blonded.com, featuring an almost vacant warehouse with a man in a Playboy knit sweater cutting wood.

I didn’t sleep the following 19 days watching Frank cut, sand, hammer and paint away waiting for whatever was going to drop. He ended up making a staircase going nowhere and alongside came Endless, an experimental visual album that finished his 4 year hiatus following star making appearances on Beyoncé’s landmark self-titled visual album and Kanye’s abrasive opus Yeezus.

It coincided with enduring some issues during my sophomore year of college -- the kind of self important, too-much-time-on-your-hands shit that your early 20s are meant to be built on. I was dissatisfied with my choice in major, and started to use dating apps trying to find some footing to my identity through aggressive experimentation.

Endless was the long awaited follow up to the record that defined my teenage years. I can remember spending entire afternoons longboarding among Guatemala City’s high rise buildings soundtracked by Frank's gentle crooning and summery beats in Channel Orange. This new album was a sharp contrast with a mercurial, fragmented structure and a frankly (ha) bonkers 7 minute acid house finale provided by photographer Wolfgang Tillmans. It felt appropriate for this new phase where nothing felt as simple or enjoyable as getting off the bus and sharing a meal bought with pocket change at the nearest Taco Bell.

On August 20th, the very next day Blond dropped and I got to experience it for the first time with my best friend on the day we opened our first business, a web design agency. We had a small listening party and neither one enjoyed the albums too much, saying that they seemed a bit sparse, even uninspired compared to the genre redefining genius of Channel Orange.

After spending the day trying to get friends in bigger cities to nab us a copy of the Boys Don’t Cry magazine and making a proposal to our first ever client we went our own way. Driving alone at night I understood Blonde. It wasn’t meant for large crowds or sharing with many people, it’s an album for and about liminal spaces and the painful transitions between moments of clarity.

Blonde was the sound of doubt, hesitation, remembrance and regret accompanied by molasses drenched beats, both too personal to be universal and entirely too universal to be uniquely for Frank.

Life’s gotten more complicated since then. The first month into my twenties is now almost half a decade. During this time, that business failed, that friend and I haven’t spoken for longer than we ever did and after almost dropping out of school I switched careers and now work as a designer. Most importantly I’m finally semi-comfortable with life as a bisexual man in a conservative country.

All the while Blonde’s been on rotation as the soundtrack to sharing edibles by the pool, mid-summer afternoon drives and more than a couple of late nights staring at the ceiling.

Channel Orange was a landmark album for a lot of queer folk with Frank dropping his now legendary coming out note on Tumblr just before the release. I was too young back then to properly understand Bad Religion but Blonde came along at the right time to help me make sense of all the questions I couldn't answer or even fully form.

It became the album to listen to while driving away from embarrassing hookups and terrible dates with people whose contact I cringe at still having on my phone. I remember feeling regret mixed with pride, a tiny bit of disgust, fear, excitement and yearning for just something more while idle synth lines played on my model 2000 Toyota Yaris. Songs about feeling like “just another night out” for older men felt uncomfortably real and Blonde became a respite from feeling like my journey was inherently wrong or misguided.

Blonde deals in memory, with mentions of Frank’s Acura Legend, his time living in Post-Katrina New Orleans and using the modern vernacular of the voice note to comment on decaying relationships and struggling for independence from expectations. It’s personal and general at once, much has been written about how this masterpiece is littered with motifs, samples and guests that elevate the sparse instrumentation into a dense soundscape that never stays still for too long.

It feels both like remembering and being in the midst of moments you know will matter, like looking through the lens of a camera while developing the photo you’re taking. It’s been four years and there isn’t another album where all the songs can bring me back to a number of significant memories of my early 20s.

Looking back I have trouble recognizing who I was back then other than by the fears that plagued me, some I’ve overcome and others that still linger. I can remember being stuck in the traffic lights of a city I didn’t want to live in anymore and sharing meals with people who are no longer here and probably never really were. It’s hard to not feel a measure of pride at how far away those things are, what solid ground feels like under your feet, and how everything happening now is gonna be a memory of a certain hue down the lane.

Does anyone know how far a lightyear is? 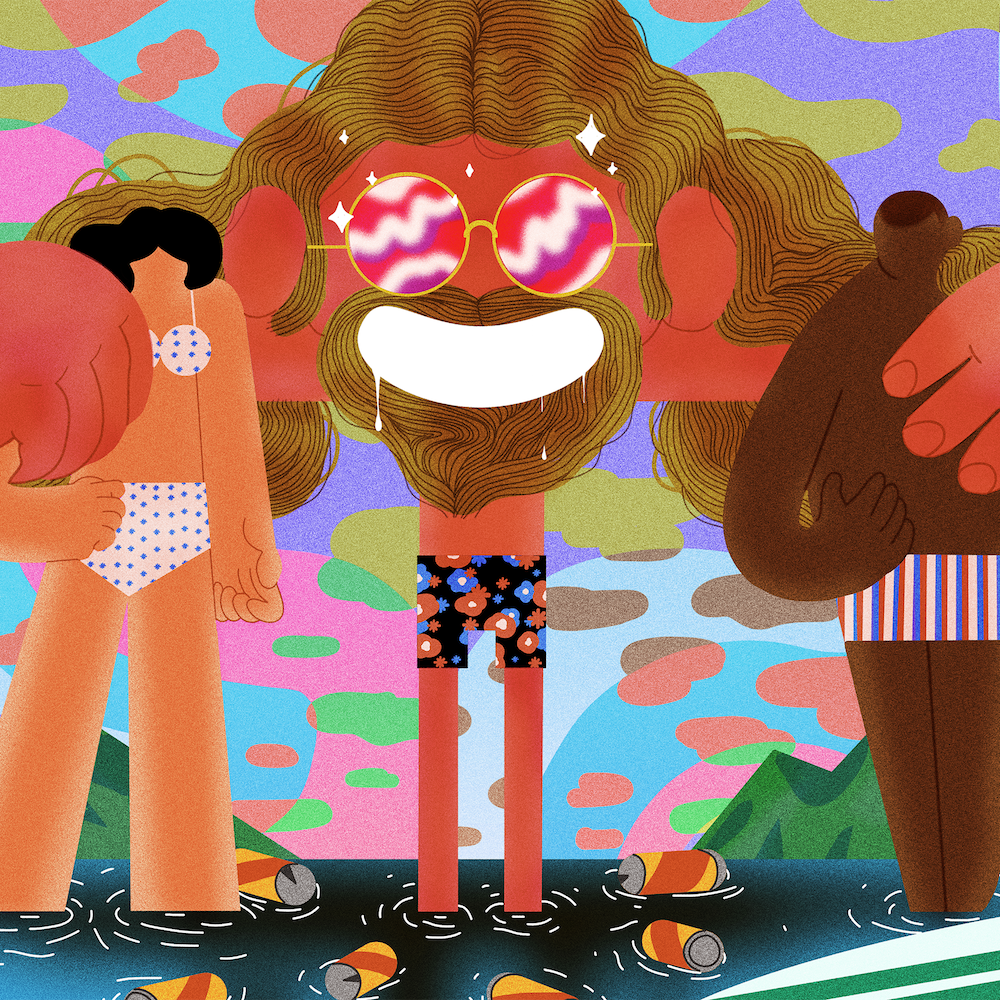 Giro Giro Tondo! A Primer on Italian Film Soundtracks
Back to Top