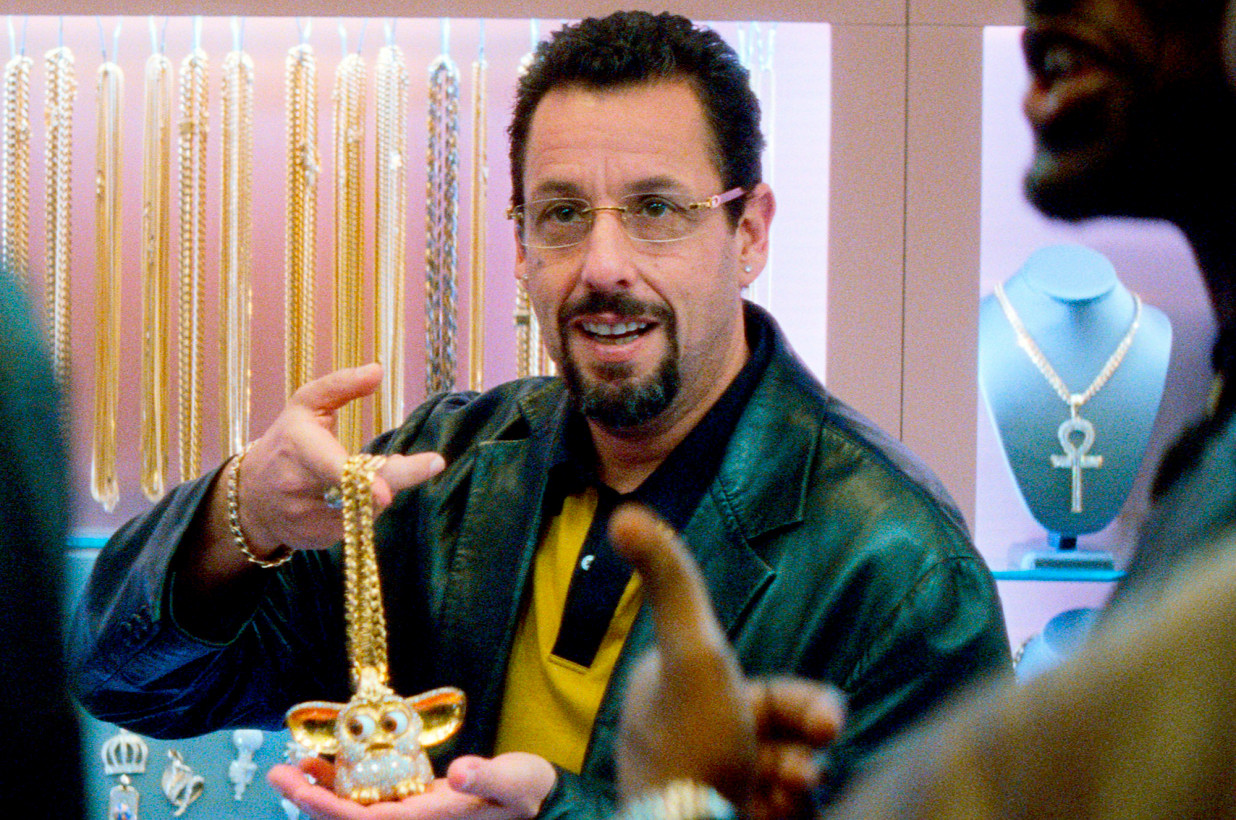 2019 was a great year for movies, and a particularly good one for A24, the studio that blessed moviegoers with Midsommar, The Lighthouse and Uncut Gems in the latter half of the year. Shockingly, only The Lighthouse received a nomination, with a much deserved nod to the cinematography. While it’s a shame this may have been the last chance Adam Sandler had at an Oscar, it’s an even bigger shame that the Academy failed to recognize Daniel Lopatin (AKA Oneohtrix Point Never) for his brilliant Uncut Gems score.

Among the droves of orchestral scores in the style of Hans Zimmer and John Williams (a nominee this year), the score for Uncut Gems is a rarity. A synth pad, rich with layers that organically dance from warm subs to glittery highs, accompanies a similarly entrancing macroview of an opal as the opening credits roll. As the journey through the opal is slyly diverted to a journey through our protagonist by way of colonoscopy, the viewers may lose their sense of wonder. The soundtrack, however persists in its beauty, complexity and ambiguity. Now, we follow Howard Ratner through the highs and lows of his gambling addiction, our emotions constantly in flux. All the while, the ambience of the score creates a sense of ambiguity that contributes to the emotional whirlwind on display.

The music offers a glimpse of our characters’ interior worlds but never tells us exactly how they are feeling, nor does it tell us how to feel. Few of the sounds have an emotional reference point in our culturally established, widely understood language of film scores. Our characters are complex and layered. How can their emotions be distilled to viewers through clear melodic lines and crescendos when they do not fully understand their emotions themselves? The uncertainty, suspense and triumphs on screen are all well accompanied by the score, but it is never heavy-handed or corny. Instead, Lopatin’s work serves to immerse the audience, taking them along for the wild ride that is Uncut Gems.

The score was made in close collaboration with director Josh Safdie, who would cue, direct and sometimes play the synths alongside Lopatin. The result is a score that creates a rich interior world of emotion, that puts viewers in the passenger seat for every emotional twist and turn. Unfortunately, Uncut Gems is now added to the ranks of incredible movies which never got so much as a nod from the Academy. If it’s any consolation, Lopatin seems to have carved himself a niche in the world of composing--a niche which he seems happy to occupy. His enthusiasm is on full display in this video from Moog, with a behind the scenes look at the process of making the Uncut Gems soundtrack.