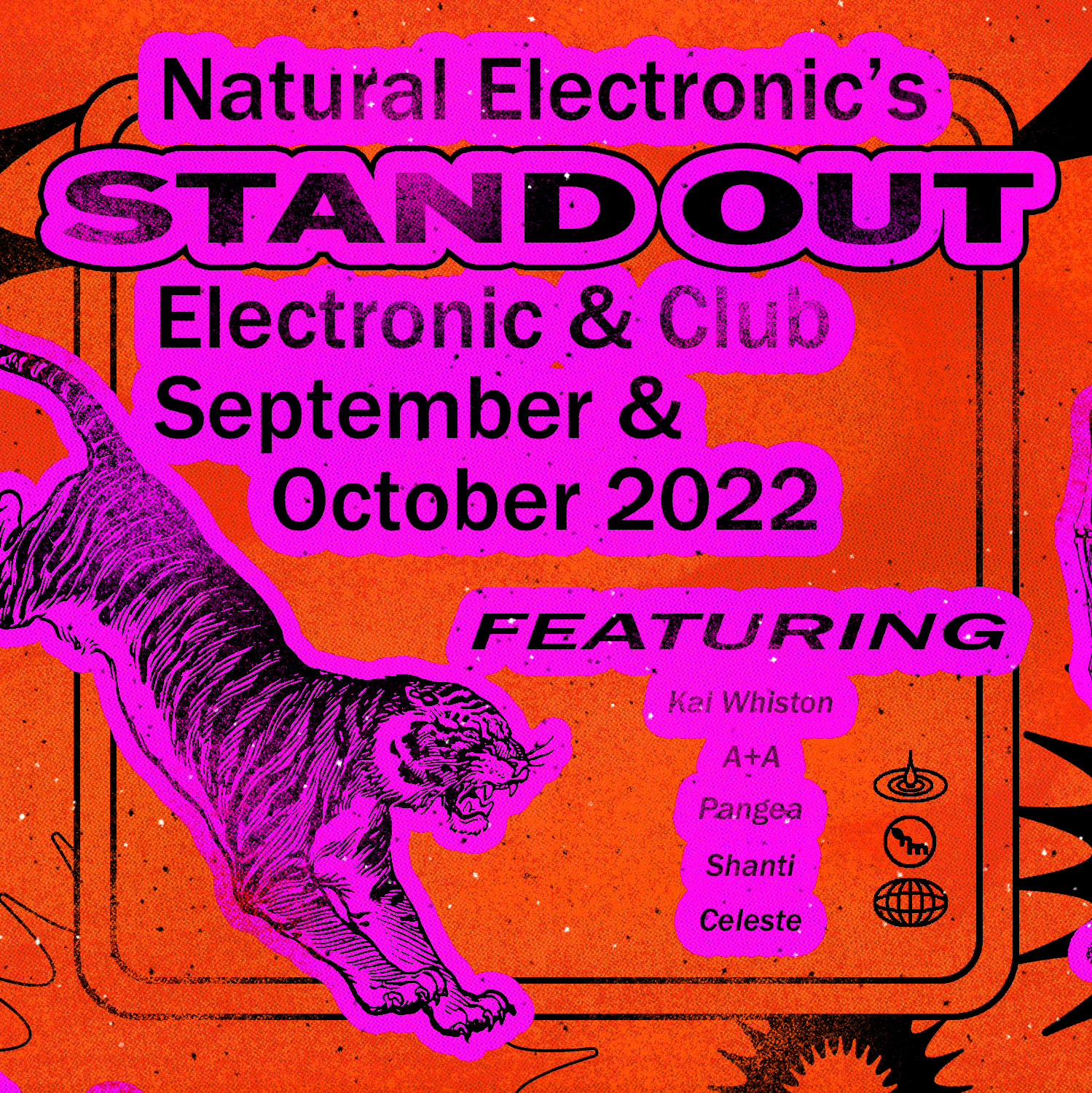 The transition from summer to fall has flashed by with the blink of an eye. Sustain Release at the beginning of September was such an inspiring party (and the YouTube track ID playlist is as incredible as one would expect). If the lineup says anything about the ‘underground’ electronic scene I would say it exudes it an enthusiasm for UK sounds like DnB, jungle, and left leaning bass. Speed is still in but NYC artists and DJs seem to be making a turn towards more hypnotic, heady sounds as the leaves continue to fall. Bossa Nova Civic Club is back in business joining Paragon, Mood Ring, and Market Hotel (with some more consistent booking lately) to round out the incredibly dense Myrtle Broadway Bermuda Triangle.

There is far too much electronic music to keep up with but here’s our attempt at highlighting some of the best EPs, Singles, Albums, Comps, and Mixes from the last two months.

Selections skew towards the incredibly vibrant Brooklyn scene because that's our home.

We're always looking for new contributors because we'd love to bring some life back into this site, if your interested just click this link to send me an email or shoot us a message on Instagram!

If you're here for the first time check out our monthly roundups from rest of the year.

Allow a few seconds for bandcamp/soundcloud embeds below to load (they’re a bit heavy) and check out our lists on Buy Music Club to support these wonderful artists! Skip to our playlist of Soundcloud mixes here.

Australia’s notoriously prolific duo are celebrating all things bass, the 3 tech-tinged party starters are a force to be reckoned with, an official warning of high voltage (and speed).  Close your eyes, strap in and surrender control, Sleep D once again showcasing what they do best; modern dance from down under.

Avalon Emerson and Anunaku certainly aren’t the first artists to dabble in trance during the past few years, but “North Star”—which appears on 060, their debut EP as a collaborative duo—should be held up as an example of how to tastefully (and effectively) engage with the genre.

The London-based producer delivers a couple of tried and tested peak time mind-benders. Both tracks are designed to encapsulate the feeling that the entire room is about to take off, speakers, dancers and yourself included.

The Sauce - Bang Your Head / Grimiest Ever [ThirtyOne Recordings]

Disrupting disciplines and paradigms in each cut, they enact a ravishing rush of dancefloor drama and tormented cabaret that feels like the 1920’s rushing into the 2020’s, resulting in a time-sick and urgent avalanche of ideas from Leider or Baroque barbed in noise and hardcore rave alacrity, like a performance art piece held in the midst of Berghain or Kit Kat club’s most spangled, gloriously messy moments. [Boomkat]

Welcome to BM-18 the biokinetic realm created by Dana Kuehr, a lush audio environment where organic and synthesized matter coalesce. As we float disembodied above this verdant pixel plain, Dana offers us shifting repetitions and sequences in disguise, each track a landscape within a world created in the utmost detail, from the minute bleeps and chirps to the enveloping and bumping bouncy basslines.

Cyclorama is Ariel’s most impressive and all-encompassing work yet, showcasing her as a producer, vocalist and curator, pulling together an ensemble cast of her peers in Chicago (Cae Monāe, Mia Arevalo, DANNN) and some of the most exciting names in contemporary club music (Violet, Bored Lord). Conceptually, Cyclorama draws heavily from Ariel’s background as a theater writer and producer.

Messier 87 is “a fine example of Hypercussion, which implies a new rhythmic A-logic when beats split or shoot each other off, or when they overlap and mutate into high-pitched hums and rattlesnake breaks; accelerating, before music again blurs into the grains of noise or calm science fiction landscapes and at the same time builds gigantic sound walls.”

Brooklyn-based composer Rachika Nayer injects the serene ambience of her past work with flashes of the club music’s emotionality - amen breaks, M1 piano stabs, warehouse rave synthesizers and more make for an experience that is utterly euphoric and incredibly emotive without a single word.

A UK producer who’s arguably as well known for his pranksterish (some might say shit-starting) online persona as he is for his music, Kai Whiston has seriously leveled up his craft on new album Quiet As Kept, F​.​O​.​G., an autobiographical effort that explores his upbringing in the New Age Traveller community. Coming of age in the UK’s free-party circuit is enough to scramble any child’s circuits, which is perhaps why the LP is such a fractured listen, careening between high-end sound design, intensely hyperactive bangers, morose rap beats, pitch-shifted vocal mayhem and more, often within the span of a single track.

Loraine James - Building Something Beautiful for Me [Phantom Limb]

Lucrecia Dalt channels sensory echoes of growing up in Colombia on her new album ¡Ay!, where the sound and syncopation of tropical music encounter adventurous impulse, lush instrumentation, and metaphysical sci-fi meditations in an exclamation of liminal delight

On a new double album, the experimental collective DDS continues its journey from vaporwave toward fractured, maximalist pop music.

Debut BASEMENT set for Ron Like Hell and Ryan Elliott’s party "Wrecked". 3 hours of vinyl. Raw and funky.... Just how i like it.

Downstairs J - Live from the Pool

The Level Party · Downstairs J - Live from the Pool

On the last night of the Motion Ward Overseas tour, Pontiac Streator's alter ego "Slunty" appeared and played this set, which was recorded live at Super in Aarhus, Denmark.