Squarepusher - Be Up a Hello 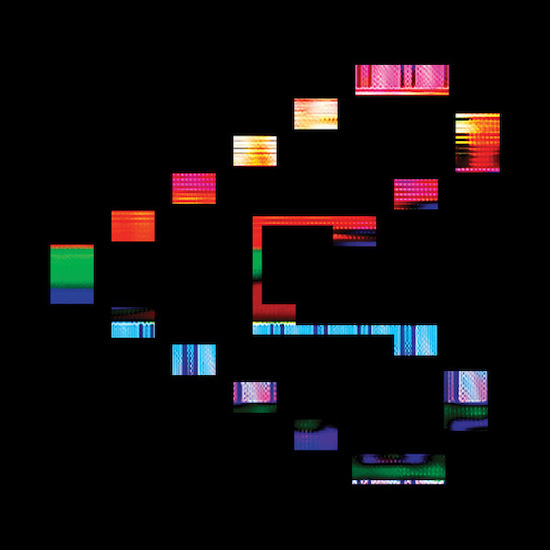 Squarepusher is the project of Tom Jenkinson, one of electronic music’s most polarizing and interesting figures who rose alongside Britain’s famous innovators at Rephlex and Warp Records.  From his beginnings, he was considered to be a master of drum and bass and IDM (Intelligent Dance Music) with heavy handed influences in jazz and jazz fusion.  He can both produce and play with the best.  In a turn away from the vanguard of IDM, 2009 saw him release Solo Electric Bass 1, an impressive live display of his bass playing ability.  While he is eminently talented, his virtuosity is often misplaced.  His albums often fluctuate between gripping organized chaos and downright bedlam.  However difficult his work may seem, nestled in each album are moments of spectacular beauty and intensity.  Be Up a Hello is no exception.

Be Up a Hello is Squarepusher’s sixteenth LP, his first album of all new material since 2015’s Damogen Furies.  It stands as a pure electronic production formed with breakbeats, vintage synths, and 8-bit blips.

Like many of Squarepusher’s albums, he lures the listener in with two comparatively mild tracks.  The opener, “Oberlove”, fuses his electrified DnB roots with soft synths and even a cawing, atmospheric guitar.  The track is sentimental, a word that I never thought I would utter in reference to Squarepusher.  While the guitar and synth may soar sentimentally, the drums charge on and an acid bass squelches to remind us that we are going FAST.

The following song, “Hitsonu”, floats along on the same happy trail; bouncing melodies, twitching drums, even a quick double clap for even seasoning.  Of course, these two tracks are only the quiet before the storm.

In the harrowing and aptly named single “Nervelevers”, an electric bass digs into a solid groove.  In the trench with it is a searing breakbeat that is never left alone long enough to reiterate itself.  Once in a while high, electric strings fly overhead like falling artillery.  Around halfway, the bass unravels into dizzy undulations.  Creeping strings enter à la John Carpenter.

“Speedcrank” sees Squarepusher dive into chaos, though he tries to mitigate it with some reductions in the drums and bass.  He does the same with the album as a whole.  “Detroit People Mover” is a leery meditation, drum-less and based around low, full chords.  It shows Squarepusher’s childhood inspiration by church music.  The song draws up a requiem played on a future organ.  In the final track, “80 Ondula”, the same organ becomes part of a chilling, terminal soundscape.  Creaks and groans sound out like the inner turmoil on a sinking ship.  Clipped melodies ring briefly as though an organist struggles at a final note in the aquatic depths.

“Vortrack”, the LP’s second single, features fluttering high hats, ghostly pads hanging in the background, and an acidic bass bubbling and flowing underneath your feet.  The next two songs, Terminal Slam and Mekrev Bass, play out Squarepusher’s love for mid-album tumult.  Hollow pads and reverberating screeches hang behind punching stabs, glitches, and a gamut of future sounds.

Somehow, despite Be Up a Hello appearing as a different approach by Squarepusher, it feels tired on arrival. “Nervelevers” and “Oberlove” succeed as new iterations of his classic, speedy style.  The atmospheric tracks “Detroit People Mover” and “Ondula 80” offer an equally compelling counter. Although Squarepusher grasps for something new, he again rehashes his early and most successful records like Hard Normal Daddy, Music Is Rotted One Note, and even Ultravisitor.

Before every release, Squarepusher’s unpredictability leaves us anticipating another change in style.  While he often succeeds on several songs, he has had trouble putting together a cohesive album like those of his early career.  The flashes of greatness in each of his experiments and forays do seem to augur another groundbreaking record, so long as he can find a suit that fits.