SOPHIE - OIL OF EVERY PEARL'S UN-INSIDES 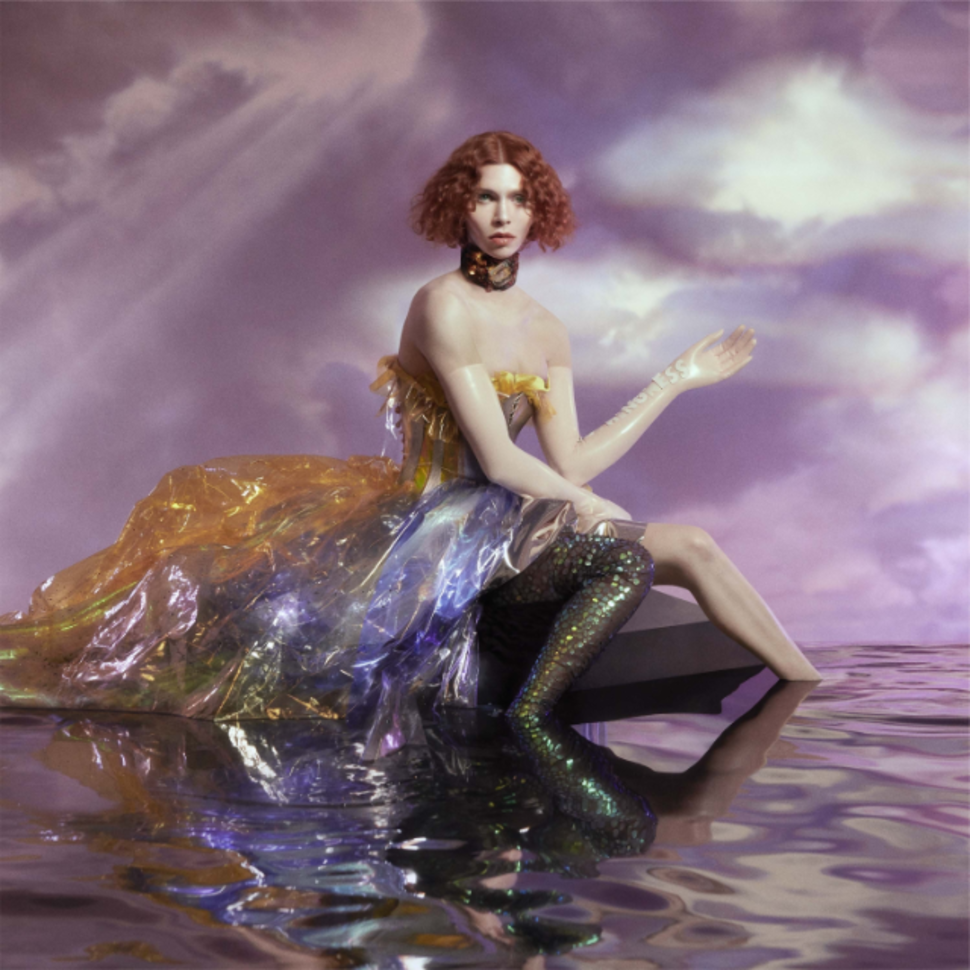 PC Music---the label that launch’d a thousand think-pieces---is having something of a Cinderella moment: SOPHIE's 2013 singles “Bipp” and “Elle” were heralded as totally new, the logical extreme of a decade of simmering poptimism.  The following year was the year of PC Music dominance though, with singles from Danny L Harle, Hannah Diamond, Kane West and label-head A.G. Cook appearing at a steady pace and their unique blend of sincere pop tunes with a hyper-artificial sheen was gobbled up by music nerds across the internet; GFOTY’s Secret Mix---a 9-minute long roller-coaster through abrasive originals mixed with winkingly schmaltzy covers of stuff like “Unbreak My Heart” and “It’s All Coming Back to Me Now”---received significant acclaim, landing on year-end lists despite its extreme brevity.  But Cinderella’s ball had to end at midnight and for PC Music the backlash was swift and severe.  Sparked by GFOTY’s clearly in-character but also clearly inappropriate racist comments about Malian band Toumani & Sidiki Diabaté, the hype was squashed immediately.  Suddenly, Sophie and A.G. Cook were accused of cynically using female avatars in a borderline appropriative for their “vapid art project by a handful of rich kids.”  Major music publications stopped reviewing PC Music releases entirely: Kero Kero Bonito’s 2016 album Bonito Generation was a critically acclaimed cult hit, but was skipped over entirely by Pitchfork.

‍
That brings us roughly up to 2017; slowly but surely, Charli XCX’s collaborations with some members from deeper in the PC music bench have gained critical acclaim and some genuine mainstream appeal.  With SOPHIE’s debut studio album OIL OF EVERY PEARL’S UN-INSIDE, we’re finally at a place where listeners and critics can’t ignore the music coming out from this loose collective of artists.  All this mini-history is just to say: there’s a lot of baggage and history here; luckily, whether this is your first experience with PC Music or you’ve followed every track closely, OIL… is an essential, bold statement while being fun every step of the way.
While SOPHIE’s bubblegum bass sound brought her to this point, only album highlight “Immaterial” is cut from the same cloth as her previous singles.  That track---perhaps a rebuttal to Madonna’s “Material Girl”---is about the eternally foggy nature of (gender) identity.  With vocals provided by frequent collaborator Mozart’s Sister, the chorus is catchy, the bass hits hard, and a repetitive vocal chant provides an easy hook; it’s almost a straight-up pop song, but the wild vocal jumps and lyrics that read as both sincere and disturbing (“Without my legs or my hair/without my genes or my blood/with no type of story where do i live? Tell me, where do I exist?”) push it into the uncanny valley pop music that SOPHIE loves to inhabit.
‍

The majority of the album is harsher, taking influence from Autechre’s aggressive distorted bass lines while still (mostly) retaining pop vocals on top.  On album single “Faceshopping,” spoken word verses sit atop lightly squelching synths until industrial percussion and abrasive low synths take over.  Mozart’s Sister lightly chants “I’m real when I shop my face,” in reference to the surgeries undergone by trans folk like SOPHIE in an effort to make their body match their gender identity.  While the particular sounds vary throughout the album, SOPHIE roughly follows the same template: mix together sweet pop with punishing sounds while blurring and deconstructing the gender binary and the notion of authenticity.  It’s a great synthesis of music and words, a rare instance in which the lyrics to an album truly relate to the music on an intellectual---and not just emotional or aesthetic---level.

‍
There’s always a danger of making and album as rich as OIL… sound like an academic exercise, but it’s much less stuffy than that.  This is fundamentally a pop album.  Even when mixing together dramatically different sounds and tones, no moment feels out of place; each hook sticks, whether shouted by a chorus or pitched down and grumbled.  It’s compulsively listenable: the stylistic meandering is fun to trace and anticipate and her lyrics hit the right level of ambiguity to reward repeated listens.  When SOPHIE whispers “I hope you don’t take this the wrong way, but I think your inside is your best side,” it’s hard not to hear it as endearing (as in “you’re a good person”), sexy (as in “I wanna get inside you”), threatening (as in “what do your insides look like?”) and insulting (as in “you’re ugly”) all at once.  This is adventurous, experimental pop music at its very best: deeply indebted to pop music while sounding not quite like anyone else.