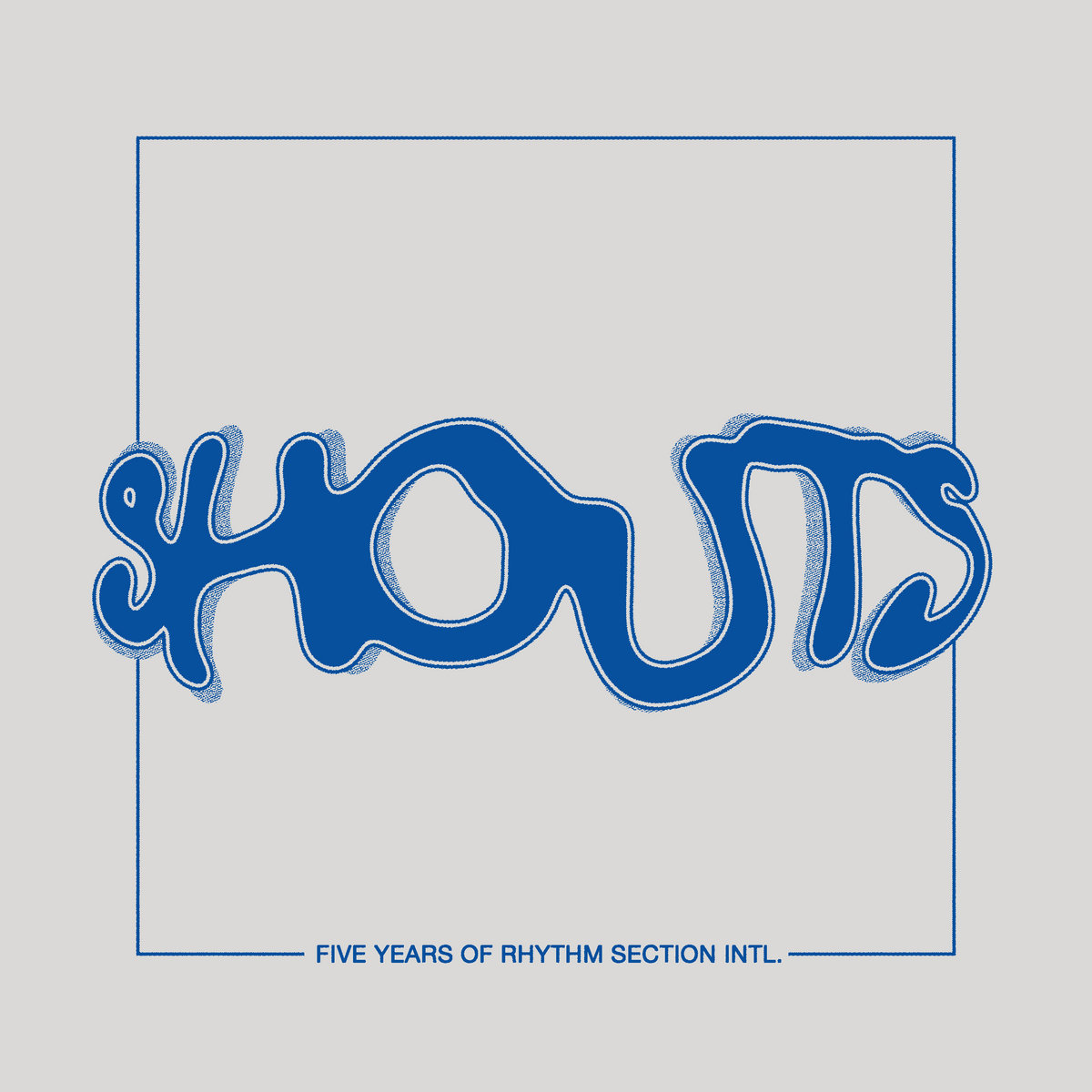 Rhythm Section is not exclusively a label, collective, radio, party organizer, studio or brand. It so happens that Rhythm Section is all of those things. Founded by Bradley Zero, the identity of the conglomerate has not only been shaped by the man himself, but by those that he surrounds himself with. Born out of Peckham, the organization has brought light to many in the different subsects of the London scene and from around the world. Previous releases don’t stop at jazz, ambient, hip-hop, house, techno, R&B or soul – Rhythm Section is for the varied and for those that like a bit of everything.

From its first release in 2014, Rhythm Section has put on full-length albums, sample packs and EPs. The south London imprint has created its own scene by fusing a multitude of genres into one entity. SHOUTS pays homage to Rhythm Section’s 5th anniversary as a label. The compilation is a full-bodied tape which slips past the 3-hour mark in length and comprises a bolstering 36 tracks.

A compilation is the musical form of a highlight reel – all tracks should be standouts and only the best of the best are selected. When navigating through SHOUTS, you begin to wonder how all of these different sounds can fit into one project. Moving from Emma-Jean Thackray’s vocal track “Brand New,” which displays the best in one of London’s most jazz exciting producers, to lush, melodic bell accented “Bey” by Sangre Voss, the diversity becomes understood.  A true highlight of the comp is Sleep D’s chugging, club inspired “Hydralite.” The Australian duo, who also head their own label Butter Sessions, move along with a tech infused bassline and droned harmonics. The result is a dreamlike atmosphere with a strong driving force behind it – a track with some attitude. What follows is an off-kilter, bass diving track from Desert Sound Colony, “Control Yourself.” Putting the hypnotizing soundscape in the forefront, the track is uncompromising and well-equipped for peak hours on the dancefloor. Throughout SHOUTS, sounds drift from dreamy house to textured jazz fusion, dripping into dubbed out techno then back to a break or two.

Reaching the midpoint of the project, you run into Losian’s “Marian Court.” Losian, with a previous release under his belt on RhythmSection’s sub-label International Black, guides the listener through a down-tempo journey that features a swirling vocal sample calling back on the height of jungle music in the UK. Upon arriving at “Beer Tune” by Mallard, the stereo bubbling takes you on a head trip then drops you off in the deep end. A few tracks later, Bronze Savage steps into “Reality,” if that’s what the Australian producer wants to call it. The record climbs to a well welcomed acid break and then leaves you climbing yet again before twisting off into haunted bliss. Turning towards the end of the compilation, jazz drumming reaches a filtered peak behind panned synthesizers on “Grey Doubt Theme,” from an up-and-coming UK favorite, The Colours That Rise. Their 2017 EP “2020” lead way to the spaced-out, psychedelic sounds we are hearing all throughout the UK jazz scene today. The duo have a release slated for May 1st and if this is any sign for what’s to come, jazz heads are in for a treat.

With the label’s expected showcase at this year’s SXSW and Bradley Zero’s tour both getting cancelled this spring, the world had different plans for how we were supposed to celebrate the 5th anniversary of Rhythm Section. While never sacrificing quality, the tape can take you from the dark corners of breakbeat to sunshine fueled jazz. The release certainly captures the energy of a highlight reel by building upon past releases and playfully teasing on what’s to come. What it boils down to is that Rhythm Section puts on and displays talent of the top, regardless of genre. From Rhythm Section’s origin as a radio show in 2009 to its birth into a label in 2014, the inscription that is left by Rhythm Section is well beyond syncopated beats and four-on-the floor tracks. SHOUTS showcases and validates Rhythm Section’s placement as a beacon for modern music looking into the third decade of the 21st century.