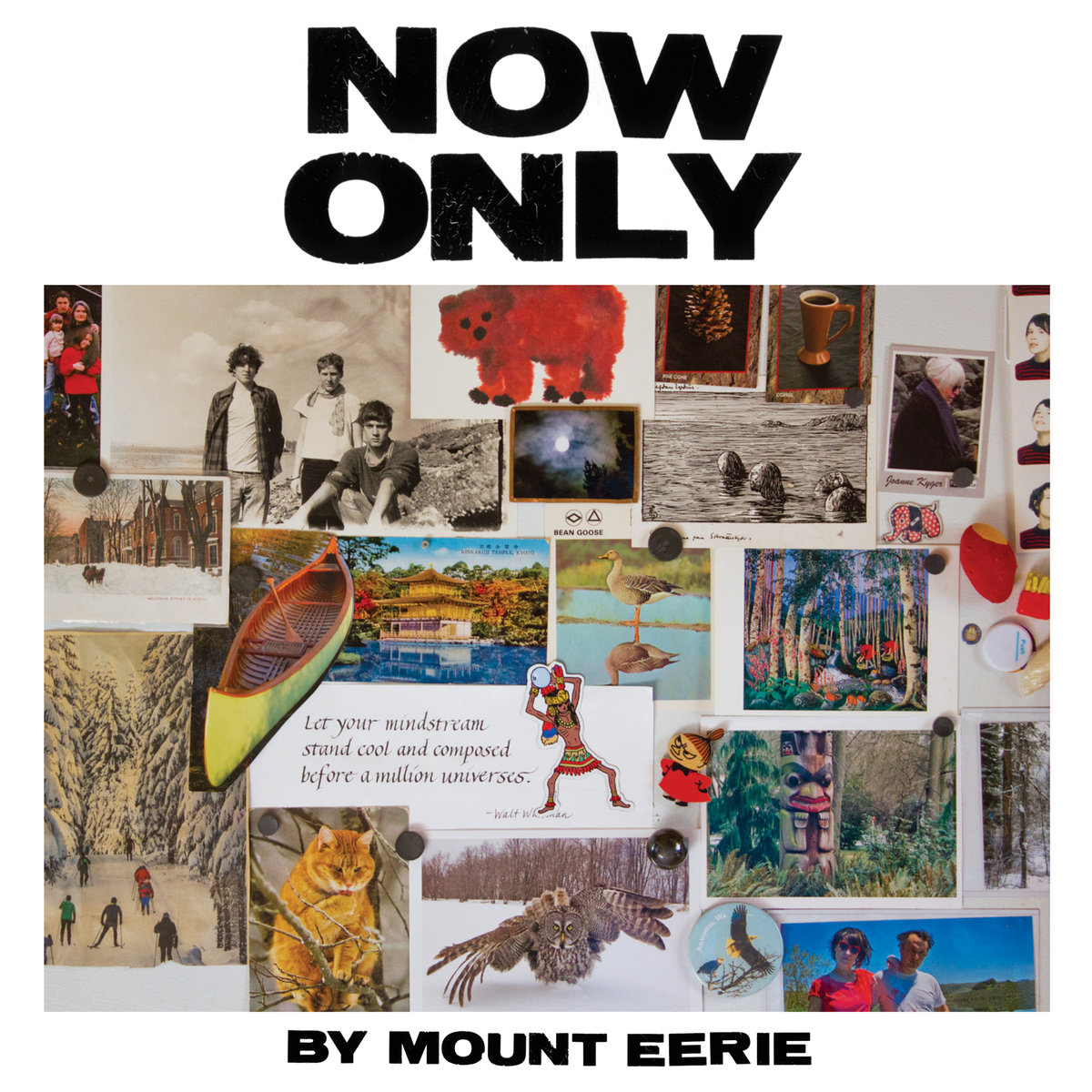 Last year saw the release of what was quite possibly the most devastating album in history. An aching open wound known as A Crow Looked At Me. It felt wrong to listen to it, voyeuristic in some sense, though it was released to the world, then critically acclaimed, every bit of press seemingly flew in the face of the record's thesis of “Death is real, and it's not for making into art.” And yet there we were neck deep in think pieces and glowing reviews of the most honest record in ages, an unpolished artifact, an artistic kidney stone. One year later, the follow up Now Only still bears the yoke of death, it's painted into the veins of the record, but where A Crow Looked At Me was a necessary bleeding out, Now Only is a rumination, more poetic and shimmering, yet no less impactful.

‍
The first thing you'll notice about Now Only in contrast with its predecessor is it's far more lush production. Crow felt hasty and amateur in its production, all of which worked to it's favor in terms of theme and thesis.  Now Only still slips into moments of lo-fi, and on the whole doesn't compare to anything you would hear on a pop album, but the production in a general sense is much more full and varied. The moment this becomes apparent is the first tempo change on the opening track “Tintin in Tibet” a loving song detailing the history of Phil's life with Genevieve when they were just meeting. When the song launches from current time to the flashback, the key changes and the guitar playing becomes softer and more loving, while taking on an air of urgency, a sense that this time is limited, brief, and fleeting. A dissection of the lyrics on each of these songs would fill a novel, it's a book of poetry set to music that finally has the ability to reflect Phil's constantly fluctuating emotional state rather than the shocked stoicism of Crow. One of the more profound moments of the album is also perhaps it's only comical moment comes on the title track “Now Only” where he describes playing a music festival in Phoenix to “play... death songs to a bunch of young people on drugs” then hanging out with Weyes Blood and Father John Misty next to Skrillex's tour bus. At a live show I attended a few weeks ago this diatribe garnered more than a few laughs, and it is funny in a sense, the agonizing juxtaposition of the music being played and the atmosphere of a music festival, yet for all its comedy it is equally aching.

‍
While Now Only may be more varied, it is no less lacking in emotional impact. “Earth” contains what has to be the most shocking lyrical section in either this record or Crow. The section comes toward the center of the song when he describes scattering his wife's ashes in a few separate locations, one of which was in the yard by three trees she planted outside of their home. Lyrics that are initially offset by an energetic rock instrumental that suddenly fades out as he proclaims that when him and his child were rolling around he saw “actual chunks of (her) bones.” The imagery more than gets the job done, I remember the spot I was when I heard that line, bumbling aimlessly around a mall, hoping to find something extravagant to wear to Easter. My stomach dropped, I felt like sitting down and letting my thoughts swim for a moment. This has always been Phil's special power, he tells things literally as they are, interspersing grim reality with his more poetic leanings, then imbuing it all with fitting instrumentals, that rise and fall in service of the lyrics rather than in opposition to them. All of it adds up to an impact well worth the wait, provided you can stomach the grim reality.

‍
It's pointless to compare these two records, as they are wholly unique and separate pieces of work. That won't stop people from doing so, leading to fruitless arguments about which is better, when either album is beyond the definition of a classic. Now Only much like A Crow Looked at Me exists encapsulated in a specific moment in time, ironically, that same snapshot quality lends to the agelessness of these records. Legacy and death, coping with tragedy, the cruel and random nature of life, will always be something for humanity to deal with. Both of these records are a living record of someone standing at ground zero and rebuilding through the darkest hours of life. No matter the intent of the music, whether it be for self care or to pass on lessons, there is more to be gleaned from these albums than almost any before or after them. They'll leave you breathless, they'll change your life.