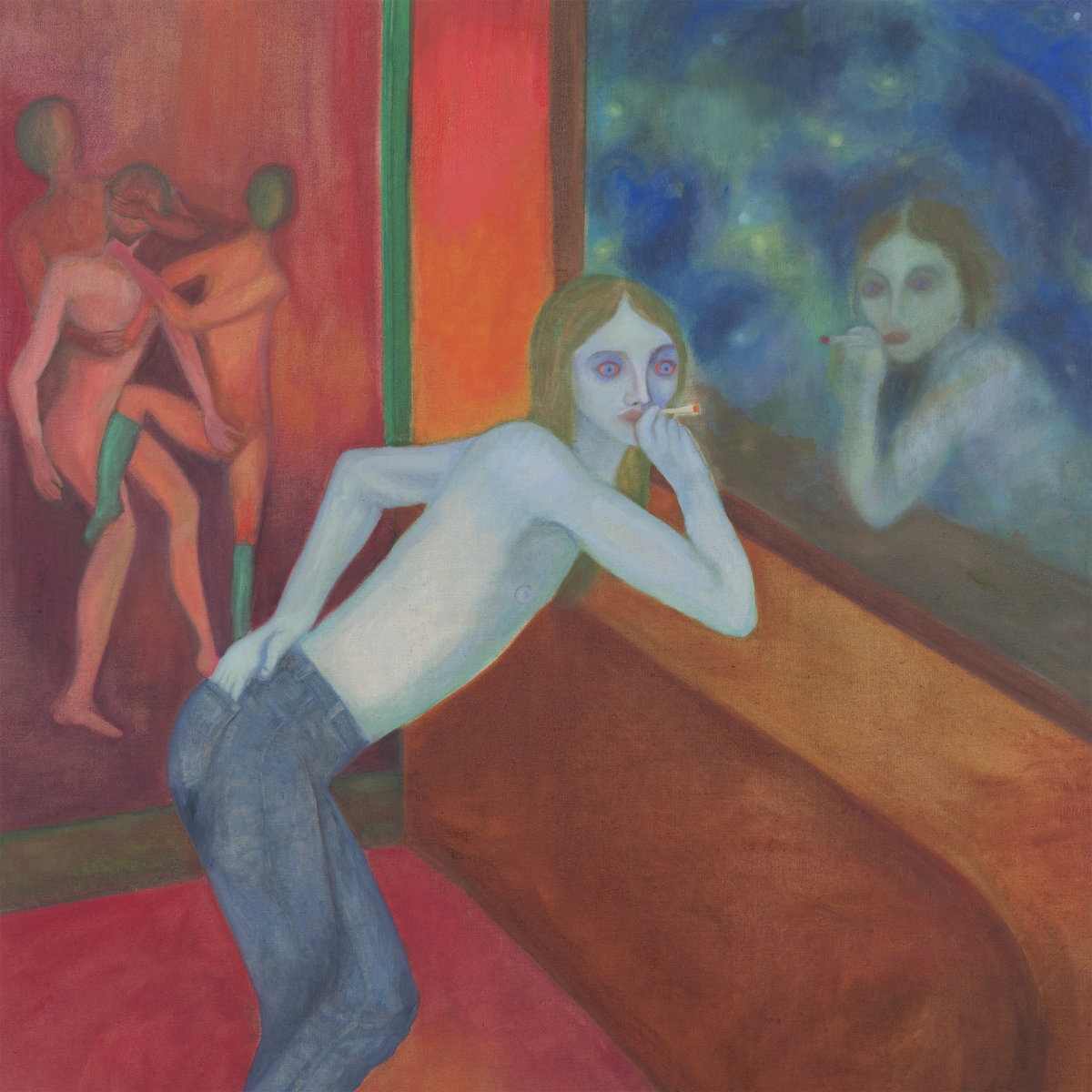 The glorious thing about Laurel Halo, is you truly never know where she's going to go next. A true experimental and abstract artist at heart, she is never afraid to make a sharp left turn or even a complete U-turn at times, whether it be dabbling in film scoring (Halo composed the score for the documentary Possessed, coming October of this year), vocal-driven ambient pop (Dust and Quarantine), or even somber, looming ambient techno (Chance of Rain). But no matter what genre or style she's tended towards, she has always seemed to flourish effortlessly. Raw Silk Uncut Wood is no different.

Ambient music isn't easy to make (believe me i've tried), despite its unassuming nature. Making ambient tracks over 10 minutes long that capture your interest?...an even more daunting task. Combining layer after layer into this mesh of soundscapes and textures is a true talent, one that Laurel Halo has always had an absolute knack for. She opens up Raw Silk Uncut Wood with the title track, a sprawling piece centered around a soothing, surrendering organ line. The single note melody traces out the motion of the chord progression and is wonderfully complimented by the woozy layers that build and sway behind it. Each organ note pressed seems to carry a substantial weight to it as it continues to lower in register as the track develops, offering a change in timbre suitable for a proper resolution to the track. Collaborator and cellist Oliver Coates appears on the track slowly growing stronger and stronger in the mix with his bellowing string tones.

The opening track is disarming...and it needs to be disarming; Halo invites the listener into her musical world with a peace offering, assuring us that though things may grow chaotic and entropic, she is here to guide us along the way. And then...things begin to grow dissonant, increasingly so, over the next few tracks. Mercury bounces around colorful chords over light yet jittery percussion, reminiscent of avant-garde jazz. "Quietude" sounds like the best track you could possibly make if the only instrument you had was a two-note piano and you were stuck underwater with ample free time.

Laurel Halo's aforementioned dabbling into film scoring becomes incredibly apparent during "The Sick Mind", a track focused on the textures of a single sound and how it becomes increasingly unsettling after listening to it 35 times like I have. I've been listening to this album on the subway during my daily commute since its release and almost always accompany it by reading Stephen King's The Shining. The book by itself scares the shit out of me, and the song by itself scares the shit out of me so every time the song comes on while reading I'm essentially shivering in a near catatonic state as my fellow commuters wonder what could possibly be wrong with this kindle-holding millennial...it's wonderful. The whole album's atmospheric nature compliments fiction in general but every time "The Sick Mind" enters my ears, it just seems to perfectly fit the words on the page. A truly jarring yet necessary composition that sounds like pure insanity.

The structure of the album is a beautiful experiment in itself. Allowing four shorter pieces, minimal in nature, to exist within the nebulous grandiosity of her 10 minute bookending tracks. This pacing is near perfect: A beautiful and inviting opener, followed by four incredibly pleasant slaps in the face, in a cacophony of carefully structured noises and sounds while still leaving you with a good aftertaste by ending with probably the most accessible track on the album. Closer "Nahbarkeit" is probably the closest Halo gets to classic ambient music on this project. Soothing string layers that swell in volume with the occasional pitter-pattering of light percussion to offer balance. The aquatic synth textures wash like waves in a piece that wouldn't sound out of place on a Wolfgang Voigt project.

Despite how different they are in nature, Raw Silk Uncut Wood feels like the appropriate follow-up to last year's Dust. Simply a testament to Halo's eclecticism and ability to succeed at every creative endeavor she attempts, no matter how minimal, noisy, or in my case straight up fear-inducing her compositions are.