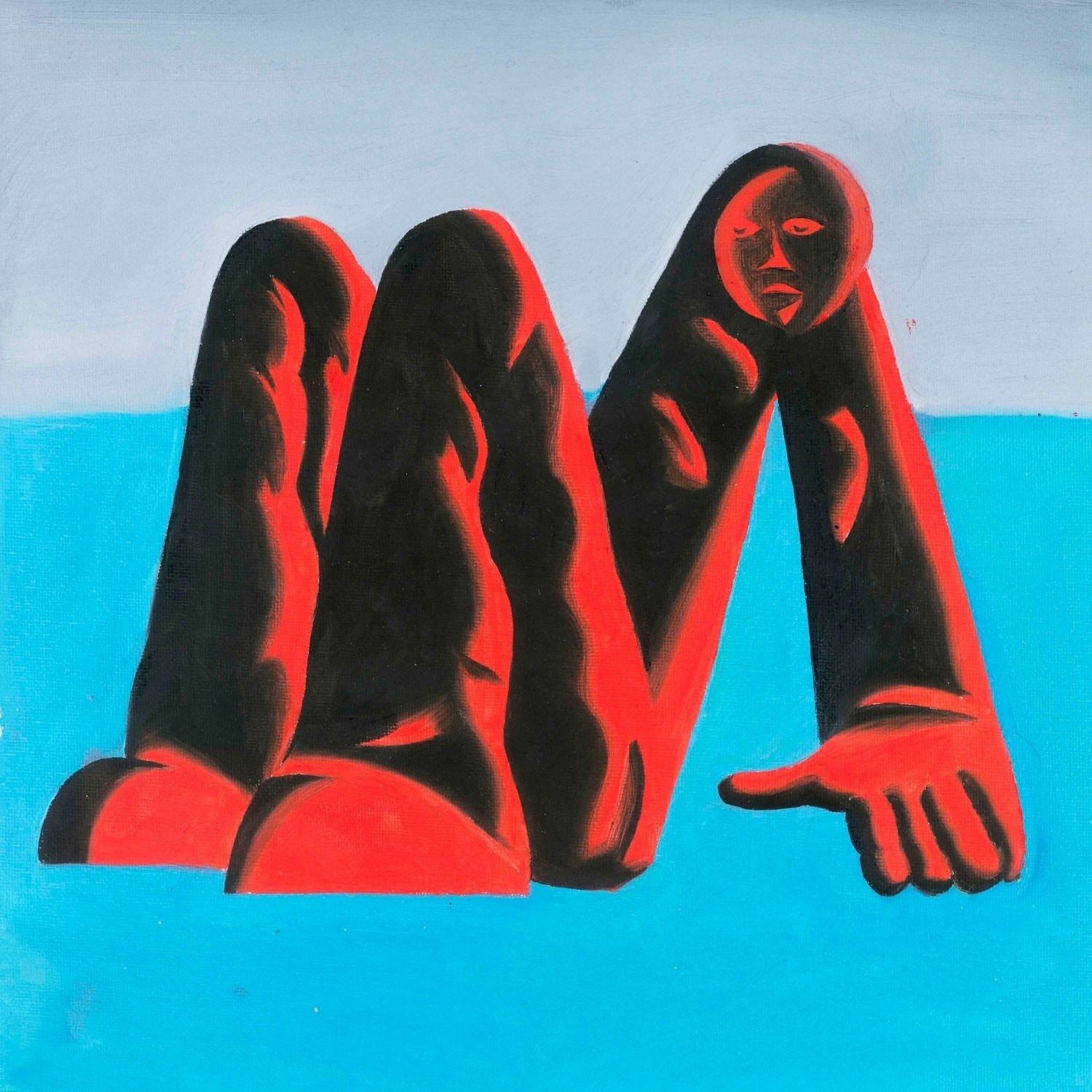 Archy Marshall, AKA King Krule returns with Man Alive retaining much of the brooding attitude and cynical lyrics he's come to be known for but he's become softer and more structured than on his previous 2018 albumThe OOZ.

The first four songs; “Cellular”, “Supermarché”, “Stoned Again”, and “Comet Face”, mark a very strong start. They lead into one another as welcomed variations on a similar tone. Where Marshall settles into slow frustrated ruts, he surges back in quickly strummed guitar and lurching bass. His own voice yells in agony behind the lead vocals on “Stoned Again” before the track breaks down and he wails of the words of the title. Spacious, but cutting bass riffs and clipped guitar lend well to the turbulence Marshall surrounds them with. Sometimes it feels as though we are trapped on a radio station caught between Gang of Four style punk, and atmospheric jazz fusion.

“The Dream” sends us into the slower realm of King Krule. The resigned miasma that mired The OOZ wafts slightly over the rest of the album. Marshall is prone to making songs without anything to pull the listener through to the other side, substance-less expressions of aggravation or isolation. It does make the album difficult to enjoy whole, i.e. without some skipping around. However, this may be his intention as he so often lays out the sentiment of perfect apathy. It creeps. It disturbs. But it does not strike the heart, because the heart cannot feel. In Marshall’s apathy, one can lie in the gutter and float in circles.

Marshall does effectively add in softly sung / spoken word elements that keep it interesting. The singles; “(Don’t Let The Dragon) Draag On” and “Alone, Omen 3”, showcase his talent for describing urban depression. He attaches the inner struggle to the environment that city-dweller sees on a daily basis: “The room’s bathed in grey”, “Take a train to the end of the line”. He continues on “Alone, Omen 3” to say “Every minute, every second, you’re not alone.” And while it might sound comforting, I am unsure of whether it is genuine or self-deception.

Amnesia Scanner - Tearless
Back to Top