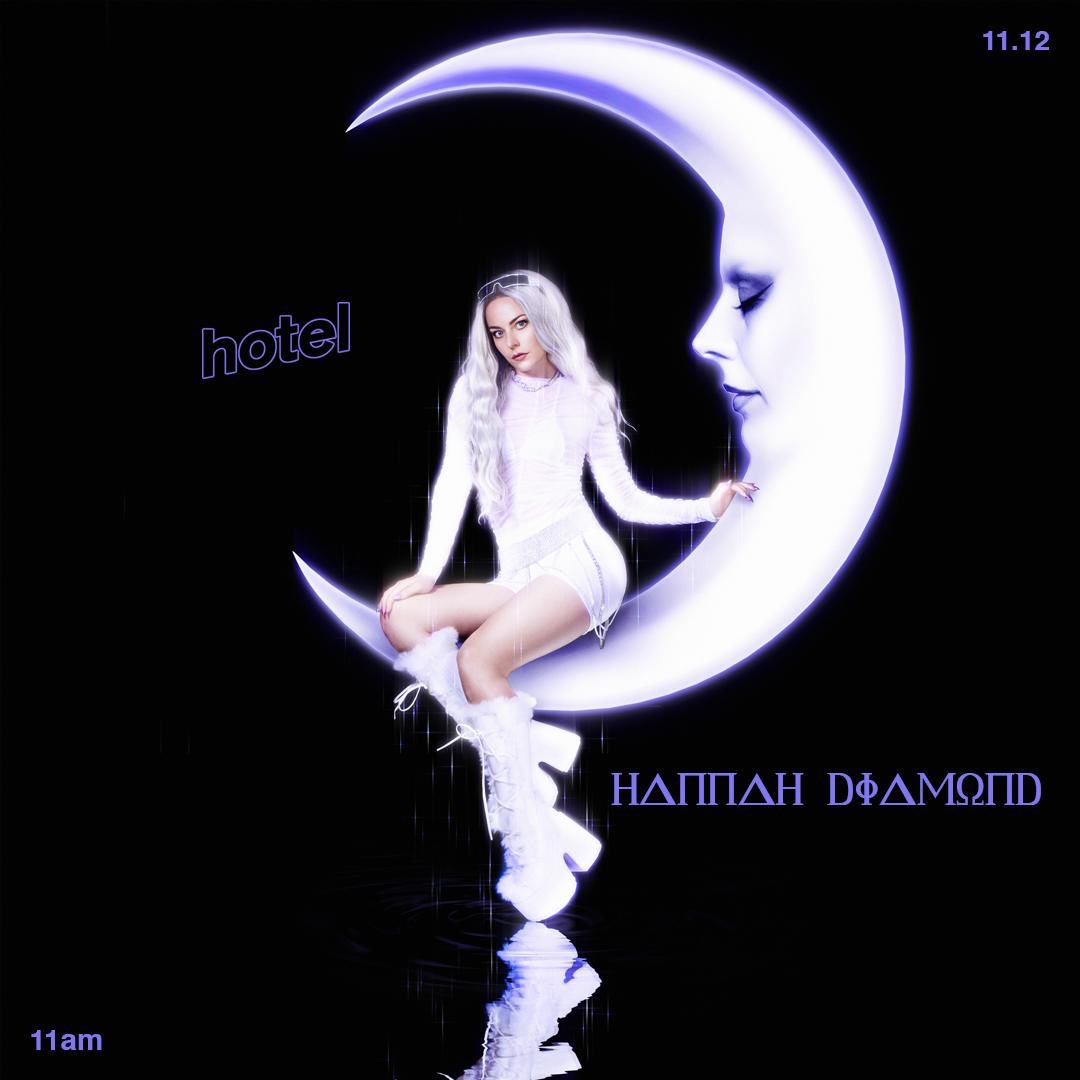 I never doubted that Hannah Diamond and her PC comrades were onto something, but sometimes it felt hard to precisely justify that faith. Of course, there have been countless reviews, thinkpieces, genealogies of PC Music as a phenomenon, usually emphasising PC’s glistening hyperreality as a playful comment on consumerism and technological alienation: the best secondary literature on the movement has emphasised that PC Music isn’t making fun of bright electropop but is joyfully participating in it, while at the same time conceding that there is a fundamental sense of loss, a postmodern melancholy locked up within those huge synths and militantly catchy vocal lines.

I've always found the explanatory power of this PC analysis somewhat limited, though. Paradoxically, there’s always been an element of faith involved in whole-heartedly surrendering yourself over to music as blatantly artificial as this. You have to willingly ignore the danger that your enjoyment is the butt of the big Other’s joke, that you’re proving some kind of metatheoretical point by letting songs like Beautiful and In My Dreams emotionally move you more than almost any other music this decade. When I’ve listened to Hannah, A.G., Danny and Polly this decade, I’ve been imparted with clear and distinct ideas of the surreal alienation that PC aims to represent, but those ideas have lacked that divine guarantee which could totally justify my embrace of this inscrutable pop phenomenon. Even as PC went mainstream, resulting in some of the best pop music of the decade, it’s still felt like we’ll never truly know whether that pared-back, minimalist artificial pop of the mid-2010s was really so legitimate.

But now we have Reflections, Hannah Diamond’s long-awaited debut album, and it feels like nothing short of a total vindication of an entire musical movement. Hannah Diamond has always been the vanguard of “pure” PC, recording her first song with A.G. Cook back in 2012 and then leading off both compilations. By pure PC I mean PC at its most formalised, emphasising simple, catchy vocal lines, pristine, diatonic synth chords, and synthetic percussion that does little more than establish a pulse and accentuate the contours of a chorus. Whereas Charli XCX perfected the PC-mainstream crossover with a brash, muscular take on the sound, Hannah Diamond has always tended towards the serene, the celestial: Reflections’ bold sequencing only underlines this, with the first half of the album being noticeably softer, more intimate than the more grandiose, cathartic second half.

Nowhere is this more apparent than the opening title track, which eschews the sawtooth endorphins entirely, in favour of something much more crystalline. Diamond’s hushed voice is accompanied by soft mallet simulacra, syntheses of real and artificial voice, the song mostly percussion-free. Two of you, you see things you don’t want to. The mirror stage, the unavoidable turning of oneself into an object to be seen, examined: the mind turning outside of itself and immediately regretting what it finds. It’s the clearest expression yet of Hannah Diamond’s key obsession, the melancholia inherent in indulging one’s subjectivity, a latent desire to wipe off the residue from your externalised double.

Perhaps I’m digressing. Being the defining album-length PC Music statement and everything, Reflections is pop music. More precisely, it’s pop music distilled to its purest, most concentrated essence, reduced to the most important elements and then saturated with precise, vivid colour. That doesn’t mean it’s ignorant to trends in the “real” pop world, either: The Ending is structured around that syncopated tropical bouncing rhythm that compelled Drake to start speaking in patois this decade, Fade Away incorporates EDM percussion buildups and low piano basslines, Concrete Angel centres around autotuned, soulful vocal acrobatics that recall Rihanna’s mid-10s heyday. But none of this representational content could ever be mistaken for its “original,” to extend my simplistic comparisons perhaps beyond their breaking points. The Ending is chirping and aquatic despite its obsessive cleanliness, resembling Latin pop and reggaeton only on a slightly absurd formal level. Concrete Angel careens forward neurotically after its halfway point, a breakneck kick drum underpinning alienated cut-ups of Diamond’s diva-singing before the song erupts into noisy, metallic pulses in its implacably triumphant outro.

But for the first time in PC history, this thrilling oddness comes bundled with real, jubilant catharsis. Shy, one of the album’s three songs to not have been released as a single this decade, is one of those pure-PC songs where the giant synth chords seem to wiggle and dance in mid-air, a few impeccably placed drum fills elevating the song into one of the most joyful Hannah Diamond experiences to date, the self-deprecating lyrics acquiring a winning feeling of bashfulness rather than self-laceration. The aforementioned Fade Away feels like a completely new song as the penultimate track on a Hannah Diamond album, compared to its previous home on the second PC compilation. For all that’s been written about Robyn’s Dancing on my Own, this combination of lyrics infused with loss and music characterised by a propulsive, anthemic minimalism feels just as cathartic and rousing as Robyn’s song, four minutes of hedonistic release in an age characterised by naturalised anhedonia.

This sense of catharsis is also attributable to the excellent structuring of the album. I mentioned an element of binarism earlier, the ballads at the front and the bangers at the back – that’s an oversimplification (Invisible’s dramatic, maximalist 3/4 march feels like a thunderclap after the impossible tenderness of the opening track), but broadly accurate. But despite that, or probably because of it, it really does feel like Reflections tells a complete narrative, cohesive and perfectly structured. It’s difficult to imagine how Make Believe could ever have been released as a standalone single, because it feels like the universe was created with the intention of the song being the closing track on this album. It sounds eschatological, the usual insistent handclaps in the prechorus augmented with choral vocals, cello melodies, a radiant Pachelbel-esque harmonic sequence… You make it real and I believe, because when you speak visions appear. You look at me, I look at you, you say the words "I love you". The instruments drop out,, that classic electropop device that Hannah and A.G. could never have neglected, and the chorus crashes in like an act of divine violence. Synthetic cannons explode and countermelodies descend amid the glorious tripartite unity of synth, bass and percussion.

Even though it’s easy to get swept up in this remarkable closer and see Hannah Diamond’s catharsis as a universal catharsis, Hannah Diamond being the de facto protagonist of the PC universe, it’s sensible to be slightly wary of this emotional victory. Don’t forget that the chorus to this most triumphant of songs centres around the concept of make-belief, a blissful but fundamentally fake fantasy supervening upon the ruptures and valleys of this reality. You can’t deny the power of the fantasy, but it’s still, to quote a certain singer, kind of real, kind of ooh. PC Music will always exist in that ambiguity between what is ecstatic and what is tragic, two sides of the coin of embracing modernity and fearlessly running down its treacherous path, feeling the wind in your hair as you hurtle towards the terrifying unknown. Reflections feels like a conclusive justification of what we were all desperate for from the start.