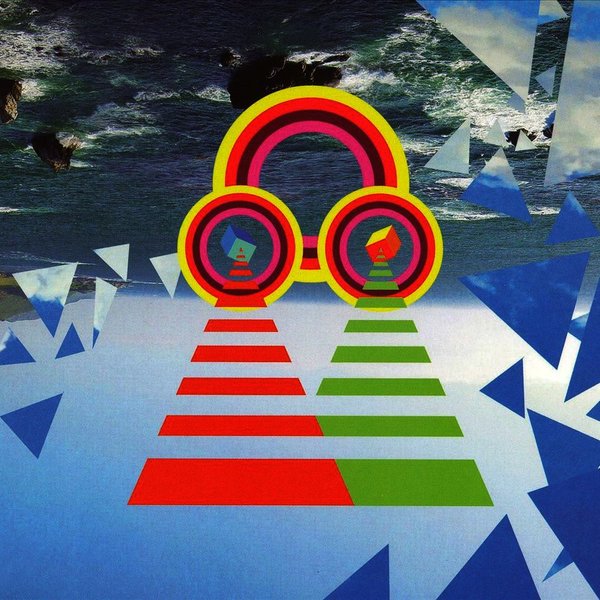 March 17th is an important day, no, not because it's Saint Patrick's day this year, but because it happens to be the anniversary of one of the most under recognized albums of the past decade. Ten years ago Fuck Buttons brought their unique blend of noise, post rock, and electronic to the public with Street Horrrsing and changed the perception of what noise could be.

Before Fuck Buttons the majority of noise music existed far out to the fringes. Noise rock had broken through in some cases with niche acts like Butthole Surfers, Big Black, and HEALTH. Yet noise itself had found it difficult to garner any sort of meaningful audience. Enter Fuck Buttons, a duo comprised of Andrew Hung and Benjamin John Power, who took the next step by adding narrative to noise. This, at least in concept was not an entirely new idea. Artists like Prurient had long been making atmospheric music with extremely harsh elements. What Street Horrrsing did to break the mold was marry cinematic elements of post rock with the harsher elements of noise, making for an experience that was simultaneously frightening and touching.

The tracks on this album are significantly different from anything released by Fuck Buttons or either of the duo's solo acts. Tarot Sport is the closest but even still, this is Fuck Buttons at their rawest and most intense. “Sweet Love for Planet Earth” begins with a deceptively calm xylophone before being completely ravaged by an earth shaking synth rattle. Tricks like these would go on to become mainstays of the groups sound. Each song features its own juxtaposition of elements that fight against each other, layer by layer, until it all melds together under a driving rhythm. Yet despite the noise there's something beautiful in the violence of this music, like a valley between crescendos on a Mogwai song. And while Mogwai is a clear influence Fuck Buttons subverts the formula by never breaking a crescendo, each song grows louder and louder until your bones rattle, then as quickly as it came, it's gone.

Typically in anniversary posts, there's the part where you look back and see the influence that the album in question has had on music both within and outside of its genre. Yet, when that cupboard is opened it still feels surprisingly bare. There are glimmers here and there, acts like Roll the Dice have some similarities, and HEALTH has co-opted portions of the formula. In all honesty music hasn't quite caught up to what Fuck Buttons was doing back in 2007, with the exception of Power's solo project Blanck Mass there's not much like this. Yet there is a small inkling that the tide is shifting this direction. Prurient's magnificent 2015 project Frozen Niagara Falls felt lush and cinematic, though not quite the same. Maybe there never will be another Fuck Buttons, but I certainly hope that isn't the case, because Fuck Buttons might be the best jumping in point for truly experimental music, there's something in here you recognize but when it's married together it becomes something new. Street Horrrsing made noise feel like it wasn't being experimental for the sake of it, and in doing so they made music that sounds like nothing else.