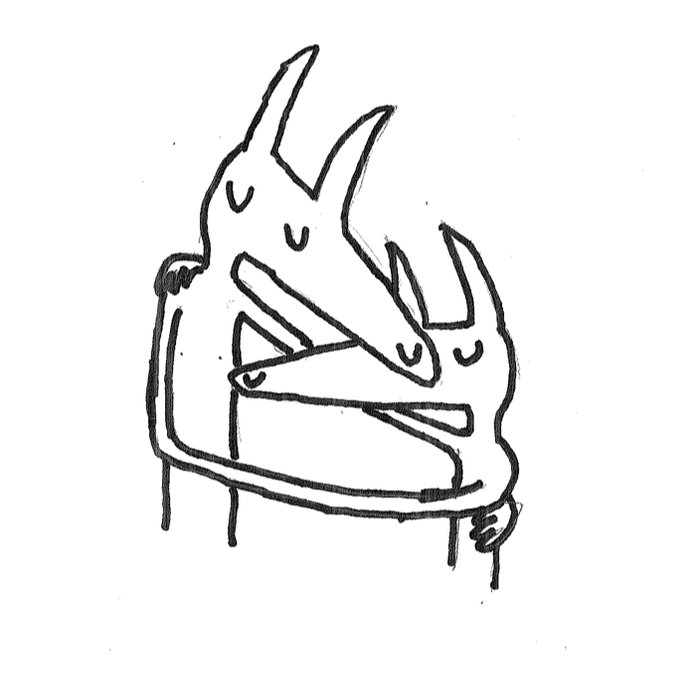 Car Seat Headrest's updated version of their 2011 lo-fi cult classic album is a dense and more emotional take on the original.

When announcing the re-recorded version of Car Seat Headrest’s 2011 lo-fi album Twin Fantasy, Matador Records appealed to Brian Eno's "sound of failure" concept.  Eno suggested that throughout art there are intentional material failures: from the crack in James Brown’s voice to the tape hiss of lo-fi classics Hi, How Are You? and Bee Thousand, it’s the sound of objects failing.  Eno demystified the appeal of these failures: "[it’s] the excitement of witnessing events too momentous for the medium assigned to them."  Deep down, there’s some ideal, Platonic version of these songs, and, paradoxically, drawing our attention to the medium through which we’re experiencing them brings us closer to glimpsing at these ideal versions.  If the material failure is stripped away—as Car Seat Headrest have done in re-recording, re-arranging and re-writing Twin Fantasy—are we pulled closer or further from the songs?

The answer, of course, has to depend on the original source material.  The original Twin Fantasy, retroactively subtitled Mirror to Mirror, was a ten-track concept album about a (possibly Imaginary) romance between Car Seat Headrest’s then-sole member Will Toledo and a (possibly dead) older man. Written and recorded entirely by Toledo at age 19, it’s filled with the nervous energy and self-loathing you’d expect from a teenager writing songs in his bedroom, but also features hyper-specific, literary lyrics that feed into the album's overall themes.  It’s an album—propelled mostly by longer, through-composed pop songs—about how maybe we always create the person we’re in love with.  Like Eno’s theory of the Platonic version of a song lying at the core of a recording, this is an album about how we’re only ever in love with an imaginary version of a person that we’ve created, as Toledo spells out for us in a monologue at the albums halfway point.

It’s also about dualities: real/imagined, dead/alive, young/old, but also simultaneously about the dualities present in Toledo’s songwriting: emotional/literary ("I. DON’T. WANT. TO. GO. IN-SANE" and "When they finally found a home at Walt Disney Studios,... everyone grew up with their fundamental schemas fucked" both appear on "Beach-Life-in-Death") and dance-party/ballad ("Bodys" and "High to Death.")  Choruses rarely appear more than twice, and often there are subtle but meaningful lyrical changes between the two ("Sober to Death"'s two choruses are from different perspectives), even between songs (the lyrics of shortest track "Stop Smoking" appear entirely in negated form in "High to Death.")  The obsession with duality and imagined versions of lovers—coupled with the deeply lo-fi production of the original—made Twin Fantasy a prime candidate for reworking on both a thematic and aesthetic level. The 2011 Twin Fantasy is something of a personal favorite album of mine, and an album I’d gladly call a masterpiece; the newer version—subtitled Face to Face—marks a further improvement on a perfectly imperfect album.

As with Mirror to Mirror, a good litmus test for prospective fans of the album is first-half-centerpiece "Beach-Life-in-Death."  Spanning three sections over 13 minutes, the chorus-less track jumps between styles and emotions, yelping one minute and whispering the next.  The book-ending passages are driven by uptempo, chugging guitars with the first verse the Face to Face version featuring a newer, funk-inspired arrangement.  In spite of (or possibly because of) its adventurous, chorus-less form, each second is used economically.  It contains more great musical ideas than most albums do, with nearly a dozen would-be-choruses and even more instantly memorable lyrics ("It should be called antidepression as a friend of mine suggested because it’s not the sadness that hurts you, it’s the brain’s reaction against it.") With Toledo’s vocals newly confident vocals more present in the mix, the wit and emotion of his self-described literary lyrics come through stronger than before.

While there are minor changes and new verses throughout, the first major change in aesthetics comes in on the two mid-album tracks, "Nervous Young Inhumans" and "Bodys."  Originally up-tempo Strokes-inspired pop songs, both are given more dance-able versions and the former’s chorus are given new lyrics.  The two tracks worked well on the original album, and their updated versions feel fresh and personal even Toledo’s eye trained closer to the dancefloor.

The more significant changes come on the two later, longer tracks, "High to Death" and "Famous Prophets."  Clocking in at nearly 8 and 16 minutes each—the latter extended from 10 minutes originally—the two feature entirely new emotional climaxes.  On Mirror to Mirror, "High to Death" had lyrics buried so deep into the mix that it was impossible to make out too much; it featured a poignant reprise of "Stop Smoking" (the lyric "Stop smoking, we love you and we don’t want you to die" is inverted into "keep smoking, I love you and I don’t want to die") as well as an interpolation of a Syd Barrett-era Pink Floyd song, but the rest was buried too deep in the reverb.  In the Face to Face version, the Pink Floyd section is cut out, replaced with a sinking sequence of crescendo-ing chords, building up to an emotional high-point.  Car Seat Headrest have rarely felt so comfortable letting their music speak without words, but the effect is arresting; surely the newfound instrumental passages on "High to Death" and "Famous Prophets" will make or break Face to Face for Twin Fantasy purists, but to my ears these sections are among the most emotionally charged moments of the prolific band’s career.

Much of music is about empathy between the artist/listener and Toledo has incorporated this duality into his arsenal on the newly-written outro: "It’s a version of me and you that can exist outside of everything else...so pour one out, whoever you are.  These are only lyrics now."  It’s easy to fall in love with this version of Will Toledo; he hits upon sadness and romanticism in ways that are alternately hyper-specific and universal.  He’s at his strongest and most accessible—at least to this gay reviewer—when writing about the less glamorous side of queer life.  The overemphasized ritual of coming out is complicated in "Beach Life-in-Death" ("I pretended I was drunk when I came out to my friends.  I never came out to my friends.  We were all on Skype and I laughed and I changed the subject") and the rarely-spoken-of-act of shoehorning queer themes into straight sad love songs—a favorite past-time of the gay community—is brought to life on "Cute Thing" ("I I accidentally spoke his first name aloud trying to make it fit in the lyrics of 'Ana Ng.'")  His queerness is merely one facet of this complex persona, with enough interesting sides as to have something relatable for most listeners.  Like an indie-rock Frank Ocean (to whom Toledo gives a shoutout), universality is achieved through specificity rather than broad strokes.

You can never totally escape "the sound of failure," but it doesn’t seem like Toledo is trying to here.  There’s still a lo-fi sheen to Mirror to Mirror; sure, it’s clearer and more heavily produced, but it’s far from a hi-fi re-recording. Instead of breaking free from the shackles of compressed audio, the band introduces new arrangements, lyrics and entire song sections to get closer to those ideal versions.  I’m reminded of the Rorschach-test-of-a-chorus to "Bodys": in the middle of dancing at a party, the narrator thinks, "Don’t you realize our bodies could fall apart at any second?"  Sure, it could be a borderline-suicidal reference to the fragility of life, but there’s a more optimistic reading: that maybe, just maybe, if we dance hard enough we can break free from our physical hangups and become something better, more pure.  Toledo knows that just as he can’t break free from the “sound of failure,” we can never break free from our insecurities; but while listening to Mirror to Mirror he makes you believe you can, if only for 71 minutes.