Algiers - There is No Year 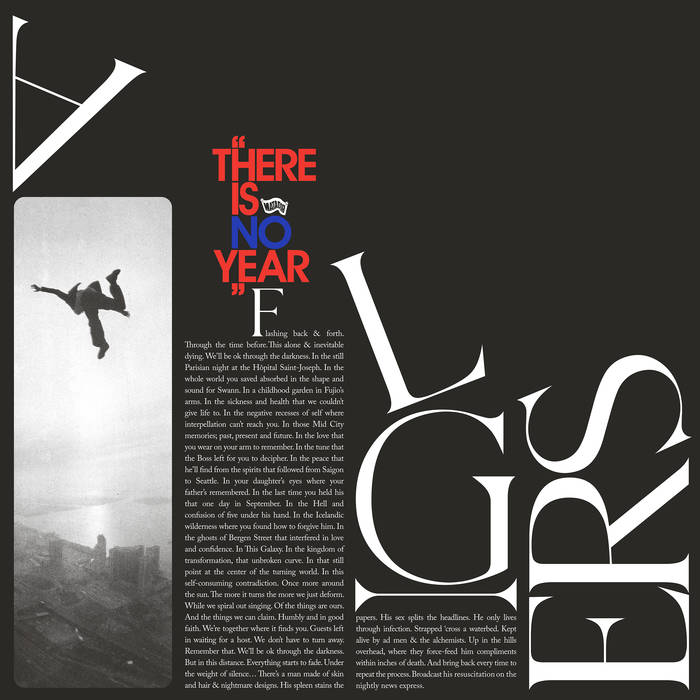 Algiers pick up right where they left off with their 2017 album The Underside of Power. Sonically, the band continues to ignore all traditional genre boundaries, combining Franklin James Fisher’s soulful vocals, post-punk instrumentation along with industrial and gospel flair. Lyrically There Is No Year shifts from proceeding albums political anger to a politically charged, apocalyptic vision of the future [fitting of the times].

Thematically you don’t need to look much further than the single “Dispossession” to get a feel for the album’s message. Fisher opens the track with "Run around/Run away from your America/While it burns in the streets/I been here standing on top of the mountain/Shouting down what I see", painting himself as some sort of prophet warning us of an apocalyptic future. The driving piano and refrain of “you can’t run away” from the choir creates a sense of urgency to act in the face of our impending doom.Despite the horrors that seem to be awaiting us, glimmers of hope for the future also shine through occasionally. Fisher sings of an opportunity coming around on the explosive, noisy closer “Void”, and continues his prophesying on the aforementioned “Dispossession” by telling us that “freedom is coming soon”.

The instrumentation and sound palette used are a natural progression of previous albums. Algiers have always been great at genre mashing, careful to not let themselves be pigeonholed into anyone style. The music on this album works great with lyrical content to create a feeling of dread, while still tossing a few tracks here and there to let the listener breathe like standout track “Chaka” with its dark and funky disco-inspired synths, overlaid with a manic jazziness.

Ultimately though, the albumfalls slightly short of what they’ve accomplished on their previous two records. There are some great songs, but most of them fall into the realm of just being good. As a whole, the album accomplishes the intended feelings of tension and anxiety in the listener, but after letting a clenched breath out at the end of the album, the sense of urgency created fades quickly.