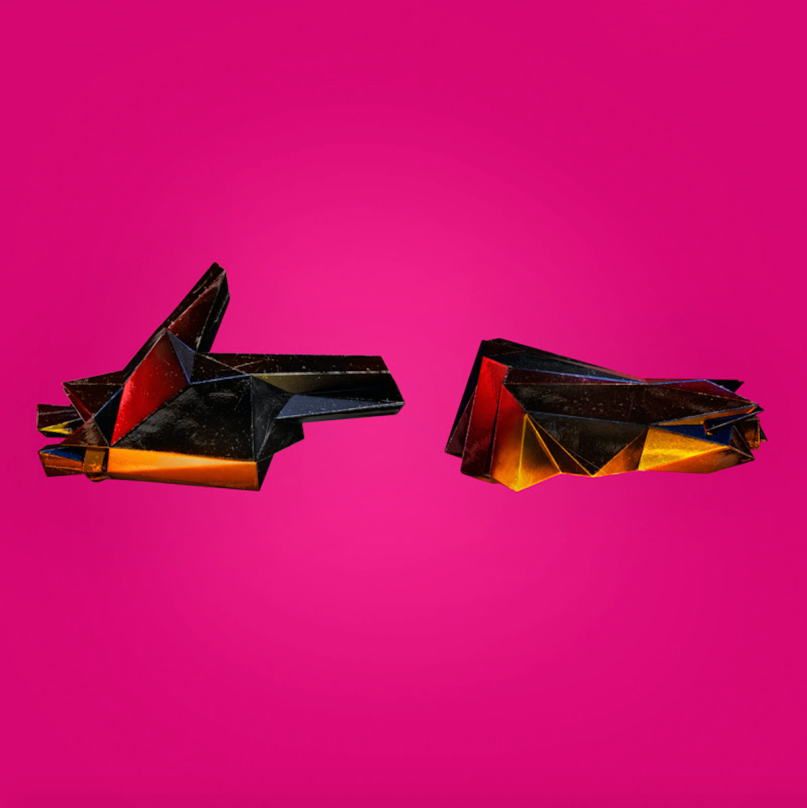 Conflict is the lifeblood of Run the Jewels. When El-P and Killer Mike emerged in 2013 as a hip-hop supergroup, they broke through with a fury and fervor that was the result of two artists traveling unique artistic paths. El-P’s style of underground hip-hop was sinuous and dense, like being trapped in an unending mushroom cloud; Killer Mike specialized in overtly political, southern rap that was as unflinching and hard-nosed as his politics.

The duo’s collaborative potential was hinted at when El-P produced Killer Mike’s 2012 record R.A.P. Music, but it was their self-titled debut as Run the Jewels that brought out their combative chemistry. They fused their seemingly disparate voices into a compound that was always loud, always ruthless, and unafraid of provocation. Every subsequent album from the NYC/ATL pair has intensified this bond, both in the structural makeup of the duo’s sound and the cultural underpinnings that fuel their hostile outlook.

RTJ4 is the reckoning of hip-hop’s new elder statesmen, artists who have been raging their entire careers finally reaching an apex of creative and political precision.

Reaching this pinnacle of focus and volatility hasn’t required sacrifice of either artists’ own individuality. El-P’s production, while sleeker than ever, continues to chop up dystopian, futuristic sounds with forceful, machine-gun percussion, and Killer Mike touts a nimble, yet forceful flow.

“yankee and the brave (ep. 4)” opens the album with minimum fanfare and maximum velocity, taking listeners on a guns-blazing ride along of two vigilantes as they duel with police and anyone who gets in their way, interspersed with concussive bursts of drums and synths. The next track quickly follows suit, flexing some Golden Age inspiration with a Greg Nice sample and timeless DJ Premier scratching, while the two rappers one-up each other’s filthy bars about the chaos of the world and their own chaotic reactions.

It takes bravado to collapse these forward-thinking choices into tasteful nods to the past, but at this point Run the Jewels is a group with the age and wisdom to properly juxtapose these many dissonant elements. The introduction to “walking in the snow” is a gnarly, stoner-metal riff, the bass of “JU$T” thuds with a minimalist groove, and “​a few words for the firing squad (radiation)” breaks down with a jazz saxophone fading into the void. The experimental nature of this production is found in its ability to delve into funk, psychedelia, and rock n’ roll without ever losing sight of the overarching goal — to bring the powers at be to their knees.

The conflict that sits in the marrow of Run the Jewels’ bones is an endless one. It’s us versus them. It’s those getting stepped on versus the police with steel toed boots. It’s those scraping by on pennies and the goodwill of others versus the ultra-rich profiting off misery. It’s the exploited versus the exploiters. Never has it been clearer than on RTJ4.

Killer Mike and El-P have rapped about these clashes their entire lives, yet it comes to life with guts and vibrancy unique to this album. The nameless bad actors that were gestured at on previous releases have a light shined in their faces. Run the Jewels are at the center of the protest, megaphone equipped, directing the energy of a righteous mob at specific targets. Cops. Capitalism. Pseudo-Christians. Right-wing objectivists. The school-to-prison pipeline. Every corrupting force mentioned is mapped out with disdain and depressing accuracy.

When Killer Mike notes that his potential last words could be him choking out an “I can’t breathe,” there’s the harrowing realization that this was recorded prior to George Floyd’s death, and this specific cycle of violence is incessant. George Floyd’s final words have been the last thing so many black Americans have said when they died at the hands of the police, and Killer Mike’s hypersensitive portrayal of this phenomenon is horrifying.  When the government systematically brutalizes and murders people of color, RTJ4 answers by leaving no room for ambiguity. You cannot ignore the situation, and you cannot hide behind Run the Jewels previous braggadocious takedowns of fuck-boys. If you don’t agree with their targets and methods, then this music is not for you. And it’s invigorating to listen to a record that owns its unflinching gaze.

This uncompromising approach is equally compelling when El-P and Killer Mike turn critical insight inward, analyzing their own complicity, hypocrisy, and past transgressions. On “never look back,” the pair confront their own issues and the lessons they inherited from their parents. It’s a moment of lucidity that is never reached again, which is disappointing considering the ongoing circumstances of the riots in Atlanta. Considering Killer Mike’s music makes the case that rioting is an inevitable outcome of being crushed by the U.S. machine, then why would you stand with the mayor of the city and profess your support for the militarized police? When he speaks publicly, it’s obvious Killer Mike the rapper and Killer Mike the activist are two different individuals with conflicting ideology and internal strife, and that Run the Jewels isn’t necessarily the best platform to explore every nuance of an artist’s philosophical outlook.

But this musical project is sharpened when Killer Mike and El-P delve into their spiritual and internal conflicts, illustrating the formative and personal side of hip-hop’s dissidents. Exploring this territory further, and examining the friction between their music and their activism, would only strengthen the meaning behind their words. RTJ4 excels because it’s brightest moments juxtapose discordant sounds and ideas, shaping its songs into both war cries and anthems.

Aggression and pugnacity have been the motifs that made each of their albums jolt to life, and this album is no different. Set to explosive, neon-colored synths and trunk-rattling bass lines, RTJ4 bursts forth and assaults on all fronts. It isn’t afraid to draw a line in the sand, define the enemy, and explore the humanity experienced during this eternal struggle. It isn’t poisoned by the moment, like how Run the Jewels 3 was unfortunately soured by a general melancholy after the 2016 election. RTJ4 meets the moment head-on, burrows into the id of our collective riot, and crystallizes the joy of solidarity with the pure ire felt toward the sociopolitical machine.

Run the Jewels return with their thesis statement: they have been around long enough and have seen enough of this world to recognize the endless cycle of conflict. And they’re still willing to center themselves with the exploited and turn the fight around on the oppressors. Life is full of conflict, and RTJ4 recognizes that the only way to survive is to unify during moments like these. Run the Jewels accepts that conflict is constant. And to them, conflict is the answer. 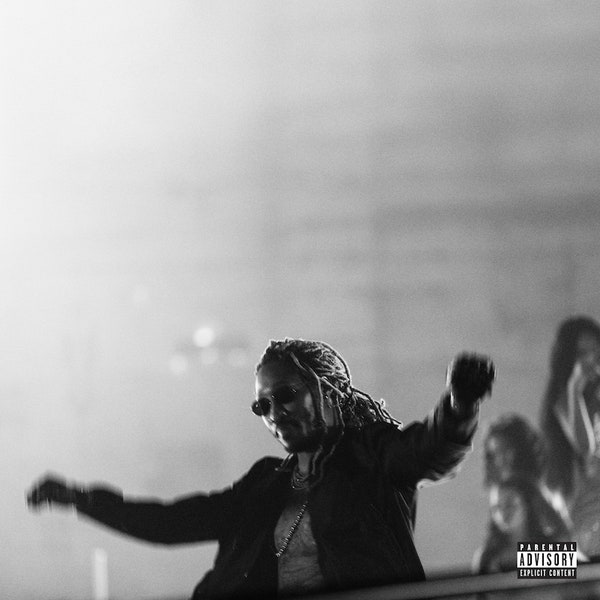 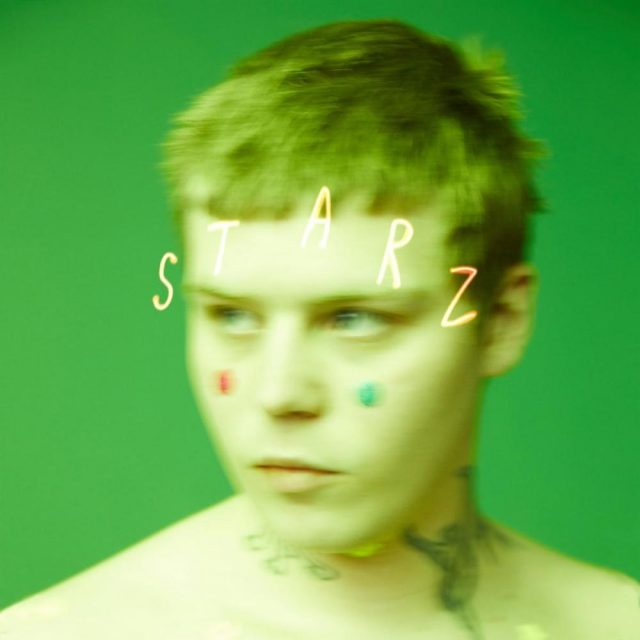